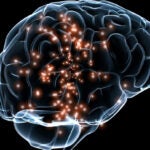 If current U.S. trends continue, more than 57 percent of today’s youth will be obese at age 35, according to a new study from Harvard T.H. Chan School of Public Health.

The research also found that excess weight in childhood is predictive of adult obesity, even among young children, and that healthy-weight children are the only ones with less than a 50 percent chance of adult obesity. The findings were based on a rigorous simulation model that provides the most accurate predictions to date of obesity prevalence at various ages.

The study will be published Thursday in the New England Journal of Medicine.

“Adult obesity is linked with increased risk of diseases such as diabetes, heart disease, and cancer,” said Zachary Ward, an analyst at Harvard Chan School’s Center for Health Decision Science and lead author of the study. “Our findings highlight the importance of prevention efforts for all children as they grow up, and of providing early interventions for children with obesity to minimize their risk of serious illness in the future.”

The researchers used new computational methods and a novel statistical approach to account for long-term population-level trends in weight gain. They pooled height and weight data from five longitudinal studies of 41,567 children and adults. Using these data, they created 1,000 virtual populations of 1 million youth up to age 19 who were representative of the 2016 U.S. population. They then projected height and weight trajectories from childhood to age 35.

The results showed that obesity will be a significant problem for most American children as they grow older. Of those predicted to have obesity as adults, half will develop it as children, according to the study simulations. Excess weight gained during childhood can set off a trajectory that is difficult to change, the authors said. For example, the study found that of all obese 2-year-olds, three out of four will still be obese at age 35. For children with severe obesity — a condition that currently affects 4.5 million children in the U.S. — the risks are even greater. At age 2, these children have only a one in five chance of not having obesity at age 35; at age 5, that chance drops to just one in 10.

Even children who are not obese face a high risk of adult obesity. The study estimated that for youth ages 2-19 in 2016, more than half will be obese at age 35 — though most currently are not.

The study also found that racial and ethnic disparities in obesity are already present at age 2 and persist into adulthood, with non-Hispanic blacks and Hispanics more likely to be obese than whites.

Given the high risk posed to children, senior author Steven Gortmaker, a professor of the practice of health sociology at Harvard Chan School, said, “It is critically important to implement policies and programs to prevent excess weight gain, starting at an early age. Plenty of cost-effective strategies have been identified that promote healthy foods, beverages, and physical activity within school and community settings.”