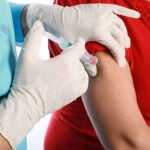 Harvard scientists are among dozens of researchers who will receive more than $150 million in funding over the next five years through the National Institute of Health’s Brain Research through Advancing Innovative Neurotechnologies (BRAIN) Initiative as part of an ambitious effort to better understand the inner workings of the brain.

Among those receiving funding through the program are:

“Before we can fully understand how our brains work, we need to understand how the parts work,” said NIH Director Francis S. Collins. “Making molecular, anatomical, and functional data about brain cells available to the broad research community will speed our understanding of how cells and circuits are organized, revealing the rules of communication within the world’s most complex known organ.”

Dulac and Zhuang are among the researchers working with Arlotta in an ambitious project to not only identify all the cell types in the brains of mice, but to determine what set of genes each type uses, and map their physical locations.

“In order to solve medical problems, you really need this foundational knowledge of what cell types there are, where in the brain they are, and where they connect to,” Arlotta said recently. “And much of this information has been missing in the field, because we were not able, technology-wise, to gather it across the whole brain.”

The hope is that by combining a catalog of different brain cell types with an atlas of their locations, researchers will ultimately gain a better understanding of how the brain develops, connects, and works — and how disease can cause those processes to go awry.

“Along my entire scientific career, I have been fascinated by the enormous cellular diversity of the nervous system,” said Dulac, who is an affiliate of Harvard’s Center for Brain Science. “I have studied gene expression and function of the brain one cell at a time when I was a Ph.D. student, a postdoc, and a starting junior faculty. Since then, methods of exploration of cellular diversity and single cell function in the brain have evolved tremendously and across multiple disciplines.

“These U19 grants offer a unique opportunity to work with like-minded colleagues who have developed some of the most powerful cellular, molecular, physiological, and biophysical approaches to look at brain function one cell at a time,” she continued. “This is very exciting and will be highly challenging; I am very grateful to the NIH for funding this initiative and for my wonderful colleagues at Harvard and in other institutions participating in this effort.”

As part of a separate grant, Zhuang will work in conjunction with researchers at the Seattle-based Allen Institute, to use high-throughput sequencing and imaging technologies developed in her lab to create the first comprehensive cell-type atlas of a mouse brain, and to characterize the molecular, anatomical and functional qualities of each.

Armed with that data, as well as other data on how various cell types combine to form neural circuits, researchers will be able to better understand the function of both healthy and diseased brains.

“We are very excited to use MERFISH, the single-cell transcriptome imaging method that we developed, to map the cell atlas of the brain,” Zhuang, an affiliate of the Center for Brain Science, said. “Determining how cells are organized in our body, including the brain, is a major reason why we developed the MERFISH method. We are very glad to work on this NIH brain cell atlas project together with both colleagues at Harvard, like Catherine Dulac and Paola Arlotta, and many scientists outside Harvard.”

Understanding how the brain puts its various cell and neuron types to work is also a challenge. Kunes, Engert, Lichtman, and Sompolinsky, all of whom are affiliates of the Center for Brain Science, aim to produce a comprehensive explanation of how neural circuits generate behavior in zebrafish, as well as how the brain sorts through conflicting stimuli to make decisions and how neural circuit function is altered by problems such as stress, hunger, and loneliness.

Those processes, they said, lie at the foundations of human cognition, both in health and disease. By better understanding such basic principles, they hope that researchers might one day help guide medical interventions to repair malfunctioning neural circuits and restore the affected behaviors.

“The BRAIN Initiative, and in particular the new U19 format, have opened up opportunities for tackling fundamental questions on brain and circuit function in a quite different manner. The large scale of the award allowed us to bring together a mid-sized team of about 20 national and international scientists with a common focus on zebrafish neuroscience,” Engert said. “We strongly believe that such a coordinated effort is useful because it turns competition and secrecy into collaboration and synergy.

“I’m especially excited about the fact that the U19 will allow me to now work much more closely with my three close colleagues and friends Jeff Lichtman, Haim Sompolinsky, and Josh Vogelstein [an assistant professor at Johns Hopkins School of Medicine]. Together we can do truly wonderful things that we couldn’t accomplish individually, and without the U19 this wouldn’t be possible. It’s a transformative and very exciting opportunity.”

“We are thrilled to have the opportunity to dive deeply into the structure of the nervous system of the zebrafish,” Lichtman said. “This is one of the few vertebrate animals, perhaps the only one, where it is possible to get a complete map of the network connectivity and function of every single nerve cell. We are also fortunate to be part of such a skilled team of research labs all focused on the same questions.”