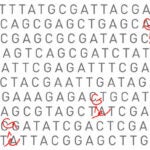 If you ask most people what they know about bees, you’re likely to get answers ranging from their favorite type of honey to stories about their worst stinging experiences.

As it turns out, not all bees produce honey, have stingers, or even live in hives — the vast majority of the some 20,000 species of bees worldwide are solitary creatures, typically living in small burrows in the soil or in twigs of plants.

“There’s been a long standing theory that insects living in social groups should have more complicated demands on their social or communications networks, from the chemicals they produce to their morphology, while solitary insects have more simplistic systems, ” says Sarah Kocher, a former Harvard postdoc who is an author on the study. “It turns out that that prediction is indeed true.”

Identifying an appropriate test subject was crucial to the experiment’s success. While honeybees and ants are among the most advanced and well-studied “eusocial” insects, or insects having a reproductive division of labor typically including a queen and sterile castes of workers that help at the nest, their fixed colony behaviors made them unlikely candidates for understanding the evolutionary differences between communication systems in solitary and social insects — there are no solitary examples of these species.

Unlike their cousins, however, social behavior in halictid, or sweat bees, is flexible.

“In this particular species of halictid bee, there are some populations that are solitary and some that are social. This made them an ideal test subject to help us understand social and solitary communication patterns,” says Naomi Pierce, Hessel Professor of Biology in the Department of Organismic and Evolutionary Biology at Harvard University and one of the study’s authors.  Other authors include Bernadette Wittwer, Abraham Hefetz, Tovit Simon, Li E. K. Murphy ’16, and Mark A. Elgar.

After collecting and examining specimens from the focal species, Lasioglossum albipes, whose populations are either social or solitary, as well as representatives from 36 other species of halictid bees that differ in whether they are social or solitary, the scientists discovered that social halictids had significantly higher amounts of sensory receptors on their antennae compared to their solitary cousins. Likewise, the chemicals they produced to communicate were different.

“If you’re [a social bee], you need to respond to both environmental and social cues,” explains Kocher, “such as ‘Is this my nest? Am I dominant?’ Solitary bees simply don’t face the same variety of communication needs, and this analysis really gets at the heart of that.”

Next steps range from studying the genetic basis of the differences between social and solitary forms of these bees and how they have been influenced by their environment, to comparing the different types of bacteria interacting in their digestive systems and how the composition of these microbiota might affect their hosts.

For Pierce, this type of painstaking scientific work reinforces the value of natural history.

“Natural history really matters,” says Pierce. “It was in looking for a class of insects that would show variability in social behavior, and recognizing that we weren’t going to find it in ants, because ants were already all fixed with respect to that behavior, and we weren’t going to find it in regular honeybees, which were also fixed in their social behavior, that led us to the halictid bee. The unique natural history of this group of bees really mattered, and by taking that into account, we were able to ask much more penetrating questions.”

This research was supported by the Holsworth Research Wildlife Fund, the National Science Foundation, the Putnam Expeditionary Fund of the Museum of Comparative Zoology, and a grant from the Australian Research Council.