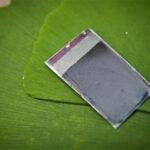 After seven years, she’ll return to teaching and research in history after a sabbatical year

Lizabeth Cohen, who has led the Radcliffe Institute for Advanced Study since 2011, has announced she will step down from that post on June 30. Cohen plans to return to teaching and research in Harvard’s Department of History following a year’s sabbatical.

“When I accepted President Drew Faust’s invitation to join Radcliffe in 2011 on an interim basis, I certainly didn’t expect to find myself, nearly seven years later, stepping down as the Institute’s longest-serving dean,” said Cohen in a message to the community. “But I could not be more grateful for the experience. Leading Radcliffe has been — and continues to be — an incredible honor.”

Cohen, an authority on 20th-century American social and political history, spearheaded the institute’s academic and physical renewal, enhanced its role as a premier destination for scholars and learners from the Harvard community and beyond, and helped ensure future funding for its programs and priorities. She expanded the Radcliffe Professorships Program to attract promising new faculty by providing them a place in the institute’s Fellowship Program. She also created opportunities for more undergraduates to engage with Radcliffe’s scholars and experts by broadening the Radcliffe Research Partners program, and she increased research grants to the Schlesinger Library that support the digitization and dissemination of its collections.

As dean, Cohen opened the institute’s doors more widely to the Harvard community and the public. She organized symposia, conferences, and workshops that brought together experts to discuss pressing matters such as climate change, health care, and issues of gender, race and religion, along with the relationship between universities and slavery. She shepherded Radcliffe’s Academic Ventures program, a series of multidisciplinary collaborations with leading thinkers designed to share groundbreaking research and practice. And she was an advocate for Radcliffe’s lectures, conferences, and exhibitions, ensuring that most programs are now livestreamed or videotaped and are posted to the institute’s website.

Faust lauded Cohen’s accomplishments in a letter to the community. “Under Liz’s guidance, the Radcliffe Institute has thrived as a sophisticated home for inventive thinkers and unbounded research. It has also become a site where curious and engaged members of our academic community and those beyond the University can come together in pursuit of intellectual exploration and ideas that benefit the common good, while at the same time carrying forward Radcliffe’s historic commitment to the study of women and gender.”

Cohen has led The Radcliffe Campaign, the institute’s arm of the University’s capital campaign, which surpassed its goal of $70 million in May, an achievement made possible by more than 20,000 individual gifts. During her final year, which coincides with the last year of the campaign, Cohen plans to focus on fully endowing the Fellowship Program, diversifying the Schlesinger’s collections, growing the Exploratory and Accelerated Seminars Program in Academic Ventures, and strengthening the campus’s renewal by providing more state-of-the-art facilities.

Under Cohen’s leadership, the institute renovated several buildings and redesigned the landscape in Radcliffe Yard, including creation of the Susan S. and Kenneth L. Wallach Garden. Cohen also led planning for the upcoming renovation of Radcliffe’s main event hall, the Knafel Center, and the Schlesinger, which will involve an external restoration and addition of an exhibition gallery and classroom space.

“Liz has had a transformative effect on Radcliffe,” said Susan S. Wallach ’68, J.D. ’71, co-chair of The Radcliffe Campaign. “She has tackled challenges with her trademark intellectual rigor, attention to detail, and seemingly endless energy. Few can match her irrepressible enthusiasm for the work being done at the institute.” Wallach, who is also chair of the institute’s Dean’s Advisory Council, added, “Liz has been a tireless advocate for the crucial and unique role that Radcliffe plays within Harvard as a convener of cross-disciplinary innovation, research, and artistic inquiry.”

Likewise, Sidney R. Knafel ’52, M.B.A. ’54, co-chair of the Campaign, reflected on Cohen’s leadership, “Among Liz Cohen’s many contributions to the institute has been her early recognition of the need to establish a core of supportive constituents beyond Radcliffe College alumnae. With relentless energy and fresh initiatives, she has succeeded in identifying a number of promising individuals and organizations that have been approached to understand the Radcliffe mission and to provide time, dedication, and resources to give this entity a true path to sustained growth and to serve its new vital role within the Harvard University community.”

Cohen took over the deanship from Barbara Grosz, Higgins Professor of Natural Sciences, who held the post from 2007 to 2011. Cohen was named interim dean at that time and dean the following year, but the author and historian said she had never expected the deanship would become her permanent job. Cohen told Radcliffe Magazine in 2012 that she was simply doing her duty as a good Harvard citizen when she stepped in as interim leader, and that she had expected to return to her research and writing.

Instead, the former Radcliffe Fellow and Harvard’s Howard Mumford Jones Professor of American Studies wound up embracing and advancing the institute’s commitment to collaboration and interdisciplinary study and research, and to sharing cutting-edge research with the broadest audiences.

Cohen’s tenure was also marked by her embrace of the arts, and by her drive to incorporate its study and creativity more fully into daily life on Radcliffe’s campus. She spearheaded the biennial public art competition, an opportunity for any student enrolled in a Harvard degree program to design a site-specific installation for display in Wallach Garden. She supported transition of the gallery in Byerly Hall into an arts laboratory with flexible space for exhibitions by visual artists and scholars in a variety of media. The gallery was named the Johnson-Kulukundis Family Gallery.

Bringing experts from around the world to Radcliffe to discuss and address important subjects and profound questions has been another hallmark of her time as dean. In addition to convening conferences on such varied topics as DNA, navigation, violence, immigration, oceans, and epidemiology, Cohen responded to Faust’s call last year urging the University to explore its ties to slavery more fully by helping organize and host a daylong symposium that examined the relationship between universities and slavery in detail.

“In order to move forward, we must first reckon with a complicated past. Through the impressive efforts of many dedicated researchers, we’ve been learning a great deal about how slavery benefited universities financially and through the labor of enslaved individuals. But we shouldn’t overlook how it also influenced universities’ intellectual development. Slavery shaped teaching methods, curricula, and the evolution of entire disciplines,” Cohen said at the session last March in the Knafel Center. “Now we must comb through the attics and open the disturbing drawers of our universities’ past, no matter how difficult. We will and we must continue to unearth this history today, and commit to ensuring that it informs our work going forward.”

Cohen has written numerous books, including “Making a New Deal: Industrial Workers in Chicago, 1919–1939,” which won the coveted Bancroft Prize in American History and the Philip Taft Labor History Book Award, and was a finalist for the Pulitzer Prize. She is also author of “A Consumers’ Republic: The Politics of Mass Consumption in Postwar America” and “Saving America’s Cities: Ed Logue and the Struggle to Renew Urban America in the Suburban Age” (forthcoming), and, with David Kennedy, co-authored a widely used U.S. history textbook, “The American Pageant.”

Cohen said she has no plans to ease up on her Radcliffe work in the coming year.

“Our work is not done and we have a lot to accomplish between now and June,” she said. “The coming year is packed with programs, initiatives, and important goals, including plans for the successful wrap-up of The Radcliffe Campaign and the celebration of what will be a fantastic Radcliffe Day on Friday, May 25.”