A shady past haunts Rushdie’s ‘House’ 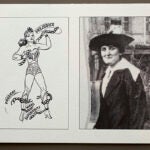 “Begin at the beginning,” says the King to the White Rabbit in Lewis Carroll’s “Alice in Wonderland.” And with such simple advice, Salman Rushdie kicked off his conversation with Homi Bhabha, director of the Mahindra Humanities Center, on Friday at the First Parish Church in Harvard Square.

Opening with a few paragraphs from his new book, “The Golden House,” the Booker Prize-winning British-Indian novelist brought the sold-out crowd back to 2008, soon after the inauguration of President Barack Obama. His focus, however, was not on the new administration, but on a New York neighborhood where another newcomer, Nero Golden, is by turns impressing and intimidating his neighbors.

“A powerful man, a man deeply in love with the idea of himself as powerful,” Rushdie read. Golden is an immensely rich real estate tycoon, an outsider in artsy Greenwich Village, and a figure of curiosity to all.

After the brief reading, Bhabha broached “the elephant in the room,” pointing out that Golden is not a stand-in for Donald Trump.

“He’s not,” Rushdie agreed. “He’s much more interesting.” To that point, he said, the “crass, despotic” character has a secretive past that intrigues his nosy neighbors, in particular one who moves from becoming an observer to a participant in the sprawling, 380-page novel.

This detail, noted Bhabha, is reminiscent of Henry James, and Rushdie welcomed the comparison. Unlike his previous New York-based novel, “Two Years Eight Months and Twenty-Eight Nights,” which set magical genies in a near-future version of the city, with “The Golden House,” Rushdie said, he had set out to write a “big social novel.”

“This time, I said, ‘Hold the genies,’” said the author, who cited Wharton, Balzac, and Dostoevsky among the writers whose works he read or reread in preparation for “The Golden House.”

What carries over from his own earlier work, in addition to his distinctive pictorial style, is a global approach, or what Bhabha called “the art of juxtaposition.”

Rushdie happily accepted this description, and went on to explain: “What I have been able to do because I’ve bounced around a lot is to begin to see how things are like other things” — for example, “How Bombay is like New York.” The juxtapositions expand into other disciplines as well, such as Greek mythology contrasted with the mythologies of film and popular culture.

“I’ve been a movie addict most of my life,” said Rushdie, adding that part of the novel is written as a screenplay. “When you have a character who’s also a movie nerd, he’s allowed to think about the world in film.” Of course, both Hollywood and Bollywood have long been obsessed with — and have histories of involvement with — organized crime. Considering Nero Golden’s shady past, references to “The Godfather” are inevitable.

“This,” said Rushdie, “is my gangster novel.”

The discussion was followed by questions from the audience. Answering these in detail, Rushdie commented on such topics as freedom of speech in the wake of Charlottesville.

“In my life, I’ve somewhat changed my mind about this,” he said. “In England, the Race Relations Act makes it illegal to say racist things. I didn’t have a problem with that. Then I came to the U.S., and the First Amendment draws the line in a different place. That idea of ‘let it out, better out than in’ — that by banning a bad idea you don’t weaken it, you strengthen it. You give it the glamour of taboo. I came around to thinking that. I would rather it were not swept under the carpet.”

Asked about the role and impact of immigrant writers, he quickly championed authors such as Jhumpa Lahiri and Junot Díaz for enriching U.S. literature. “They’re bringing in a knowledge of the world that American literature hasn’t historically possessed.”

Finally, when solicited for advice for a writer from “a different background,” he gave some practical and personal guidance.

“Readers are of so many different kinds that in a way you can’t have a sense of an ideal reader. In the end, don’t write for other people. Write for yourself.”

And with that, he returned to the wise words of Lewis Carroll. “Begin at the beginning, go on until you come to the end: then stop.”