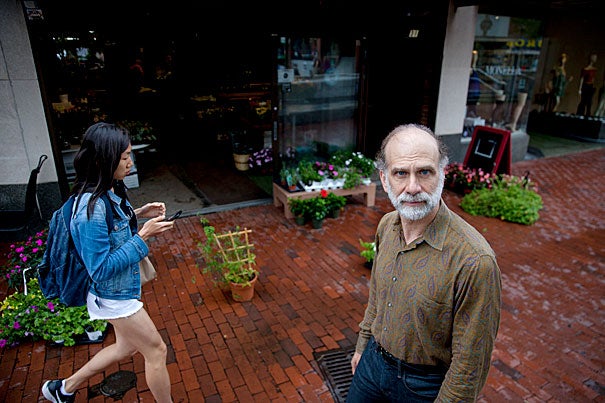 There’s a general consensus that Washington is “broken.” But the reason politics doesn’t seem to deliver for citizens anymore may not involve who’s in the White House, which party controls Congress, or even any inherent flaws in the political system.

In fact, over the last few decades, the system may have worked better than ever for the constituencies that it was built to serve best: primary voters, donors, and lobbyists for special interests, including businesses. Unfortunately for the American public, most ordinary voters are not among those leading beneficiaries.

According to a new Harvard Business School (HBS) report from Michael E. Porter, the Bishop William Lawrence University Professor, and co-author Katherine Gehl, Washington’s proverbial “swamp” isn’t a set of disjointed public institutions. Rather, it’s a self-regulating industrial complex that limits healthy competition in order to promote its continued growth and caters to the power and profit-driven demands of its best customers instead of the broader public interest.

During the 2016 election cycle, the report estimates that federal political spending reached at least $16 billion, and nearly 20,000 jobs could be attributed to campaign staffing, consulting, and lobbying. The political media also benefitted, with most major news outlets posting record advertising revenues last year as a result of expanded interest in politics.

While competition between the two parties looks fiercer than ever, in reality, the study suggests, both Democrats and Republicans benefit from having the other as a foil to raise funds against, from having opposing policy positions to rally around, and from, in effect, roping off the playing field from outside challengers who might outshine them.

To understand how and why politics has become so disconnected from serving the people and producing positive results, Porter and Gehl studied the business of politics as they would study any company or sector, looking at structural components such as competitors, customers, channels to reach customers, suppliers, and the threat of new entrants into the market using the “five-forces framework.”

They wanted to know how a country that personified the success of modern democracy after World War II could have fallen into a state of failure and inertia, with no end in sight.

“How do you have this system that’s not meeting the customers’ needs, the citizens’ needs, not solving the problems that are in the public interest, and yet we’re not holding them accountable?” Gehl said she and Porter wondered. “What’s going on?”

Porter, who studies economic development and competitiveness, said the idea to examine politics through the lens of business stemmed from his experience overseeing the U.S. Competitiveness Project at HBS. Since 2011, the project has surveyed HBS alumni and other business leaders to assess perceptions about which aspects of the country, such as the economy or education, they see as thriving and which as lacking.

The survey results consistently showed that Washington’s persistent failure to pass legislation in recent years has been a major obstacle to moving the country forward on nearly every front that makes a healthy business environment, from tax reform and restoring economic growth to improving public education and health care and rebuilding the nation’s infrastructure.

Gehl, a former CEO who spent years in politics supporting candidates, said she eventually became disillusioned because while the names and faces changed, the partisan-driven gridlock in Washington and politicians’ focus on primary voters, special interests, and donors did not.

Despite the present dire political straits, however, the pair say they see plenty of reasons to be optimistic.

“There are things that can be done”

“By changing the design, by changing the rules of the game, we can change the results that the system’s incented to deliver,” said Gehl. “We don’t just have to be frustrated about it, there are things that can be done.”

One troublesome aspect of our current political system, the report finds, is that it offers the key actors no incentive to change their behavior. After all, why would they when it’s working great for their interests?

Worst of all, the authors said, there’s no accountability.

Unlike other industries, which are subject to federal oversight or face threats from competition if they don’t serve customer needs, there’s no higher authority lording over the political system. Though the Federal Election Commission is nominally tasked with ensuring that election and financing rules are followed, the panel is stocked with political appointees and under constant pressure to operate with a very light touch.

Theoretically, voters are supposed to be the ultimate check: If the public doesn’t like what’s going on, the party or elected officials get voted out. Yet even with some leadership churn, candidates from outside the two parties rarely get elected, so the system continues to serve the needs of its preferred customers: the small number of hardcore primary voters, big-pocketed donors, and special-interest groups, the study says.

That closed loop is no accident, the authors believe. Democrats and Republicans control the political system through mutually beneficial rule-making done behind the scenes, Gehl and Porter assert. The parties have enacted rules that protect their dominance by controlling the primary process, access to voter data, fundraising limits, how Congress is governed, and what issues are debated. The system even coopts media attention and access, which creates a major barrier to entry.

Though no industry rolls out the red carpet to new competition, the Democratic and Republican parties have been particularly skillful in keeping challengers outside the two-party system from getting a toehold, the authors believe. Without a competitive threat, the parties have little worry that failing to serve the needs of average voters will have hurt them.

“It’s one of the most striking cases I’ve ever seen” of antitrust-style behavior, said Porter. “It’s impossible” to succeed from outside the parties.

What can be done to revamp the system

Though they concede that the situation is complex, Porter and Gehl identify four key areas of the political system that could be revamped to improve how politics can deliver for everyday voters.

One major objective of the report, the pair say, is to get the business community to understand the structural source of Washington’s dysfunction and help begin to fix it. They acknowledge that won’t be easy. In the current environment, some business leaders want nothing to do with politics, while others have gotten into the game and done quite well for themselves with the help of lobbyists, who typically deliver a healthy return on investment. But while lobbying may produce short-term wins for an individual company or a specific business sector, it is at the expense of the country’s long-term well-being.

Some businesses have become special-interest advocates, and thus contributors to the larger political dysfunction, the authors say. While most businesses are unhappy with the current state of affairs, they often disconnect their own lobbying efforts from the dissatisfaction they feel, said Porter, adding, “We’ve got to bring those things together.”

“So we are determined, in whatever way we can, to try to get businesses to understand the kind of corrosive effects that is having on our entire economy, on everything they need to happen in our economy,” he said.

“Today’s CEOs also need to redefine corporate purpose in ways that align strategy and business competition with the needs of society, which will mean a different relationship with government,” the paper concludes.

Bringing the message to the business community

In the coming weeks, Porter and Gehl will bring their message to the business community and Harvard alumni across the country and plan to work with HBS students eager to change the way Washington works. The authors also hope to convene a major event at HBS with top business leaders to begin tackling the issues.

“We’re going to try to make the business community very uncomfortable with the status quo that they sort of fell into without necessarily understanding the consequences,” said Porter.

If the political system is to work for everyone, ordinary citizens also must take responsibility for action and demand changes in the rules of the game.

“That’s part of why we’ve written this, because we want to be explicit about what’s gone wrong, and we want to invite people who have heretofore engaged in the political system by supporting a candidate or a party to know that there’s another way they must engage,” said Gehl.

“You have to engage in caring about the way the system itself is structured. You cannot just show up and vote for the candidate or support the candidate. You’re going to have to care about the rules of the game overall.”