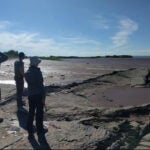 By Brigham and Women’s Hospital Communications

Sleep disorders and sleep deficiency are hidden costs that affect employers across the U.S. Seventy percent of Americans admit that they routinely get insufficient sleep, and 30 percent of U.S. workers and 44 percent of night-shift workers report sleeping less than six hours a night. In addition, an estimated 50 million–70 million people have a sleep disorder, often undiagnosed. In total, the costs attributable to sleep deficiency in the U.S. were estimated to exceed $410 billion in 2015, equivalent to 2.28 percent of the gross domestic product.

Analysis of existing data, using a new Fatigue Cost Calculator developed through the Sleep Matters Initiative at Brigham Health for the National Safety Council (NSC), reveal that a U.S. employer with 1,000 workers can lose about $1.4 million dollars each year in absenteeism, diminished productivity, health care costs, accidents, and other occupational costs associated with exhausted employees, many of whom have undiagnosed and untreated sleep disorders.

Introduced at the NSC Congress and Expo, the Fatigue Cost Calculator is free online. Employers can use it to determine how much money a tired workforce costs their business by entering specific data — including workforce size, industry, and location — to predict the prevalence of sleep deficiency and common sleep disorders among their employees. Using an algorithm generated by integrating information from sleep science literature and publicly available government data, the calculator can estimate both the prevalence of employee sleep deficiency and the resulting financial loss.

It also estimates the savings that might be expected from implementation of a sleep health education program that includes screening for untreated sleep disorders, such as obstructive sleep apnea and insomnia.

“We estimate that the costs of fatigue in an average-sized Fortune 500 company consisting of approximately 52,000 employees is about $80 million annually,” said Matthew Weaver, a scientist with the Brigham Health Sleep Matters Initiative who helped develop the calculator.

The mission of the Sleep Matters Initiative, led by investigators from Brigham Health and Harvard Medical School, is to improve treatment of sleep and circadian disorders in order to improve health, safety, and performance, and to promote change in social norms around sleep health.

“Promotion of healthy sleep is a win-win for both employers and employees, enhancing quality of life and longevity for workers while improving productivity and reducing health care costs for employers,” said Charles A. Czeisler, director of the Division of Sleep and Circadian Disorders at Brigham and Women’s and Baldino Professor of Sleep Medicine at Harvard Medical School. “Additionally, occupational fatigue-management programs can increase knowledge of sleep disorders, educate participants on the impact of reduced alertness due to sleep deficiency, and teach fatigue countermeasures, as well as screen for untreated sleep disorders.”

Other findings revealed by the Fatigue Cost Calculator include:

“This research reinforces that sleepless nights hurt everyone,” said Deborah A.P. Hersman, president and CEO off the National Safety Council. “Many of us have been conditioned to just power through our fatigue, but worker health and safety on the job are compromised when we don’t get the sleep we need. The calculator demonstrates that doing nothing to address fatigue costs employers a lot more than they think.”

Development of the Fatigue Cost Calculator was supported by a contract from the National Safety Council to the Brigham and Women’s Physicians Organization.