Voices from the Incas’ past 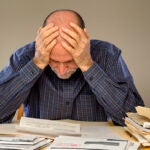 For centuries, Diego couldn’t be heard. A peasant who had lived in a remote village in the Inca Empire in the late 1600s, he existed only as a nameless number recorded in a khipu, a knotted rope system kept for census counting and bookkeeping.

But a discovery by Manny Medrano, a College junior who lives in Eliot House, has begun to reveal Diego’s secrets, details about not only the man’s identity and class status in his village, but also his way of life.

“It’s giving the Incas their own voice,” said Gary Urton, chair of the Anthropology Department and Dumbarton Oaks Professor of Pre-Columbian Studies, who guided Medrano in his research. “I could never figure out the hidden meanings in these devices. Manny figured them out, focusing on their color, and on their recto or verso (right-hand and left-hand) construction. This was the only case we have discovered so far in which one or more (in this case six) khipus and a census record matches.”

The findings, made during spring break of Medrano’s freshman year, led him and Urton to publish their research in Ethnohistory, an anthropological and historical journal. In an extraordinary achievement for a college undergraduate, Medrano is the lead author of the article, which is due out in January.

“This constitutes the first instance of ‘reading’ information from khipu attachment knots,” states the paper, titled “Toward the Decipherment of a Set of Mid-Colonial Khipus from the Santa Valley, Coastal Peru.”

“Having a document that we’ve written go into history in the same way a book might, and get peer reviewed, is really exciting,” said Medrano, now 21.

Urton explained that the discovery was “an important step” in understanding Inca life. Long known as the only Bronze Age civilization without a written language, the Incas used khipus, which were dyed in an array of colors and hung from a horizontal cord, as repositories of numerical and narrative information. During his freshman year, Medrano took an introductory course from Urton, who has compiled a database of hundreds of khipus from museums around the world.

The professor later hired Medrano to help organize citations in his recently published book, “Inka History in Knots: Reading Khipus as Primary Sources.” During class one day, Urton mentioned six khipus recently rediscovered in a museum in Lima, Peru. These ropes were unique because their existence affirmed a written census the Spanish had recorded in 1670 about 132 Recuay Indian tributaries, and Urton hoped to find help investigating them.

“I have been studying some 600 khipus across North America and Europe — not just their color, but the way the cords are spun to the left or to the right, and other such features. There is a lot of structural variation,” Urton said. “I knew we would have our greatest possibility of deciphering these in a match with one or more with a Spanish document that recorded the same information.”

Medrano told him, “I have spring break coming up and nothing to do.” He studied the khipus, hypothesizing that the recto or verso knots contained meaningful information about the division of the Recuay people into moieties, or halves. These halves not only divided the village geographically, but also reflected social status.

“We now know not only that there were six clans in the valley, but also what social status each clan and each villager held in Recuay society,” said Medrano, who leveraged his concentration in applied mathematics and fluency in Spanish to connect the khipus with the census names. “I loved the idea that there might be numbers or words encoded in these knotted cords.”

Medrano, whose family is Mexican-American and who has added a minor in archeology to his studies as a result of this research, said he feels a personal connection to the work.

“When I talk to my friends about the work I do, they tend to have isolated notions of how history can be told — either written down or in pictures. This research collapses and combines the notions of what we think of as recording the past. What we grab from the Spanish sources is a colonial reading of history. It’s important to move away from what European history says about these people to what the indigenous people say about themselves,” he said.

“When my grandparents came here a couple of generations ago, they didn’t think someone in this family would write something that would go down in history. I think it’s important to get people into these research spaces who look more like those under study.”