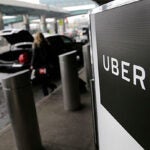 Teaching Uber instead of HBS students

As an economist, Mihir Desai has gained wide recognition for his expertise in tax policy and international and corporate finance. His writing and teaching have covered such topics as proposed reform of the U.S. tax system and the misuse of high-powered incentives and their impact on American competitiveness.

But Desai, Mizuho Financial Group Professor of Finance at Harvard Business School and a professor at Harvard Law School, has set aside his usual academic work in a new book, “The Wisdom of Finance: Discovering Humanity in the World of Risk and Return.” In it, Desai uses plain language and stories drawn from literature and art to explain the basic principles of finance and show how deeply they are rooted in the humanities.

The Gazette spoke to Desai about the book and the argument he advances in it that finance and the humanities have much to gain from reaffirming and strengthening the connections between them.

GAZETTE: Most people would not consider finance to have much to do with literature, philosophy, music, and movies. Yet your book argues that it has deep connections with our culture. What are some examples you like to cite to illustrate those links?

DESAI: Every chapter takes a big idea of finance and explains it by using the humanities. So “The Parable of the Talents” becomes a way to think about value creation, Jane Austen and Anthony Trollope become guides to understanding risk management, the Flitcraft parable in “The Maltese Falcon” is used to demonstrate the centrality of risk and insurance in our lives, the fall of Robert Morris is used to understand bankruptcy, and Mel Brooks’ “The Producers” becomes a way into corporate governance. The goal of doing that is twofold. First, we need to demystify finance so that it is not misunderstood and demonized. The easiest way into these ideas is through stories. The goal of the book is, in part, to teach a course in finance without an equation or graph, and only through stories.

Second, we need to rehabilitate finance. Chunks of finance are broken and now resemble value extraction rather than value creation. Clearly, regulation can help, but we know that regulation has unintended consequences and that many regulators and legislators have been captured by industry. The best way forward, in the long run, is to humanize finance by restoring a moral lens on the underlying ideas, and that’s what the humanities can do. If people in finance see these ideas and their work through a moral lens, then perhaps they’ll aspire to better behavior. So the book aims to correct the widespread misperception of finance as being evil but also encourage actors in the industry to reflect on their work and perform better.

GAZETTE: In fact, you see finance as rooted in our very humanity. So the earliest human beings were actually engaging in finance?

DESAI: Yes. One of my favorite quotes in the book comes from Nietzsche, who argued that being a buyer and seller and a debtor or creditor was so foundational to the human experience that these experiences shape the nature of human thought. Nietzsche frames it as foundational to the human condition, which is a very different way to think about finance. The logic of diversification shows up in Ecclesiastes and the Talmud, and the first options transaction was undertaken by Thales, the father of Greek philosophy. So finance is not just core to the modern economy; it’s core to our history, our lives, and our humanity.

GAZETTE: But you believe that finance has grown apart from its humanistic roots. What do you see as the cause of this estrangement?

DESAI: Over the last half century, finance has become more quantitative, more precise, more elegant, and more abstract, which is wonderful for the discipline. But in the process, it’s also become detached from the reality of daily life for most people. At the same time, frankly, I think the humanities have become more divorced from commerce and finance, and they tend to view the latter with more derision than ever before. So there’s just this widening gulf between the way people in finance and business view the world and the way people in the humanities think about finance. And both are worse off as a result. In finance, we’ve lost the ability to think through the questions that humanities force us to think through, and in a way humanists no longer speak to as broad an audience as they could be speaking to. The book closes with a call back to C.P. Snow’s “Two Cultures” because it is a similar problem. The gulf between finance and the humanities is a loss for all.

GAZETTE: What are some of the arguments you can offer business leaders about the importance of restoring humanity to finance?

DESAI: After the global financial crisis, many people have become alienated from finance and from business. The political and economic repercussions of that alienation will last through my lifetime. If leaders don’t learn to credibly promote what they do for the lives of people, we’ll never overcome that stigma. And, of course, it’s not just promotion. We need to re-examine practices within the asset management industry, the banking industry, the advisory industry to ensure that they are truly value-creating.

At a more personal level, no one wants to see their work maligned and misunderstood. In fact, it’s quite difficult for people to be enjoying something that is looked upon so negatively. So the goal is to remind them that even if the current reputation of their work is very negative, there are so many good ideas — and ideals — inside finance that they should feel quite proud of that, and they should aspire to live up to the humanity of those ideas and ideals.

GAZETTE: How can you convince finance students that being versed in literature and art can contribute to their professional success?

DESAI: Whenever I teach anything, I try to approach it from multiple angles because seeing the same phenomena through different lenses is powerful for developing intuition. This effort, in a way, is just an expansion of that idea. By approaching something as technical as finance through stories, we can create foundational intuitions. That’s powerful because it deepens your understanding of these ideas and allows you to communicate your ideas better. Often, people going into finance have a fragile understanding of the underlying ideas because they’ve just been taught it in a rote way. But if these ideas are attached to stories, then the underlying intuitions are likely to be much more compelling and long-lasting.

GAZETTE: You are also passionate about making finance more accessible to the general public. How can understanding concepts like value creation and asset pricing help people in their everyday lives?

DESAI: It’s counterintuitive for people to think that finance might be able to teach us something about the human condition. When you step back and think about it, it’s not that surprising. The discipline of finance is centered on the question of where and how value is created. And that is a central question for many of us: When and how am I creating value for the world?

As one example, one of the big ideas in finance is about how borrowing allows you to do things that you wouldn’t be able to do otherwise. That is the essence of why people in finance love leverage. You end up being able to live in a house or to get an education that you may not be able to afford otherwise. The lessons from finance about leverage, though, are deeper. Part of the agency theory of borrowing is that managers need to be restrained, and leverage does that. That translates quite naturally into the power of commitments more generally. For personal health and for ethical behavior, we know that commitments are very powerful. So, there’s a nice analogy between the power of commitments in finance and in life more broadly.

The book tries to outline several of these counterintuitive parallels. There’s a parallel between the recipe for value creation in finance and the recipe for a good life embraced in many religious and philosophical texts. The folklore around mergers applies well to thinking about marriages. The principal-agent problem can be a frame for understanding conflicts in many parts of your life. And when wisdom comes from the logic of your life’s work, it’s more resonant than when wisdom is dispensed from upon high.

GAZETTE: You quote Wallace Stevens calling money “a form of poetry.” But with all the greed and corruption the business world has seen in recent decades, that sentiment may seem foreign to many people. How do you restore the reputation of the profession?

DESAI: The reason I chose that quote as an epigraph is that it’s jarring to think about something as crass as money being used in the same sentence with poetry. Even coupling the words “wisdom” and “finance” in the title seems oxymoronic. But these concepts need to be reintegrated. Stevens, who spent his career in insurance and consciously chose not to dedicate himself uniquely to poetry, also understood this when he said “poetry and surety claims aren’t as unlikely a combination as they might seem.” Reframing finance in moral and humanistic terms for practitioners and outsiders requires us to abandon the caricatures that are so prevalent — “business and finance are evil” or that “the humanities are divorced from the real world.” Abandoning those caricatures is the way forward for the profession and for our society.