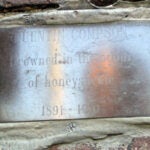 Acclaimed chemist Charles M. Lieber, a professor in the Faculty of Arts and Sciences (FAS) and the Harvard John A. Paulson School of Engineering and Applied Sciences, has been named a University Professor, Harvard’s highest faculty honor.

Lieber will be the first to hold the University Professorship newly established by Joshua Friedman ’76, M.B.A. ’80, J.D. ’82, and Beth Friedman. The chair supports a tenured faculty member who has shown both extraordinary academic accomplishment and leadership within the University community.

At Harvard, Lieber has pioneered the rational synthesis of a broad range of nanoscale wire-like materials and characterization of their unique physical properties. He has also pioneered methods to assemble these “building blocks” into unique structures that have impacted and created new opportunities in areas ranging from electronics and computing to biology and medicine.

“Charlie Lieber is an extraordinary scientist whose work has transformed nanoscience and nanotechnology and has led to a remarkable range of valuable applications that improve the quality of people’s lives,” said Harvard President Drew Faust. “He’s also a widely admired teacher, mentor, and colleague, and it’s a pleasure to welcome him as the inaugural occupant of the Friedman University Professorship.”

For more than a decade, Lieber pioneered the field of nano-bioelectronics, creating nanowire electronic devices with powerful new capabilities for ultra-sensitive, real-time detection of cancer markers and viruses, as well as the first nanoscale transistor tools capable of monitoring and modulating the behavior of individual living cardiac and neuron cells. He also was at the forefront of the creation of a new paradigm for electrical implants called syringe-injectable mesh nanoelectronics, whose ultra-flexible mesh enables the electronics to integrate seamlessly within the brain without causing damage. This new approach has allowed Lieber to record and stimulate the same neurons and neural circuits for time scales of at least a year, creating unprecedented opportunities for fundamental neuroscience research that could lead to powerful therapeutic tools capable of treating neurological and neurodegenerative diseases, as well as ameliorating declines in cognitive capabilities that come with natural aging.

“I sincerely appreciate the recognition for my work and, implicitly, the support of my student and postdoctoral co-workers, collaborators, and the Harvard community,” said Lieber. “I am especially honored to be named the inaugural Friedman University Professor.”

In 1991 he joined Harvard as a professor of chemistry, and since 1999 he has held a named chair as Mark Hyman Jr. Professor of Chemistry. Since 2015 he has also served as chair of the Department of Chemistry and Chemical Biology.

Lieber is co-editor of the journal Nano Letters, and serves on the editorial and advisory boards of several other science and technology journals. He is the principal inventor on more than 50 U.S. patents. Active in commercializing nanotechnology, he founded the nanotechnology company Nanosys, Inc., in 2001 and the nanosensor company Vista Therapeutics in 2007.

The first University Professorships were created in 1935, as a means to recognize “individuals of distinction … working on the frontiers of knowledge, and in such a way as to cross the conventional boundaries of the specialties.” With the addition of Lieber, 26 Harvard faculty members across the University now hold this honor.