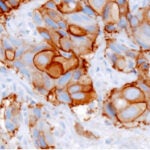 Ricardo Pérez-de la Fuente held up a piece of ancient amber, peering at the 40-million-year-old insect inside. Preserved whole after being trapped in sap that hardened over millennia, the fierce-looking larva was a favorite: Its image adorned his computer desktop.

“Looks like a monster, almost — full of spikes,” Pérez-de la Fuente said. Then he added: “It’s going back.”

A Harvard postdoctoral fellow and expert in fossilized insects, Pérez-de la Fuente was standing that late May day in the basement of the Northwest Laboratory, near one of the many cabinets that house the 50,000 to 60,000 fossil insects in the Museum of Comparative Zoology’s paleoentomology collection. He had pulled out a drawer holding hundreds of insects about to be returned to Germany in repayment of a long-forgotten loan.

In 1934, Harvard instructor on economic entomology Charles T. Brues borrowed the specimens from the University of Königsberg in what was then East Prussia. Why Brues never returned the specimens remains a mystery. Less murky is that the fate of the parent amber collection got caught up in the maelstrom of World War II and that some of the loaned fossils were spared destruction while resting an ocean away, in the specimen cabinets at the MCZ.

The discovery of the loan — and the return of 383 specimens to the University of Göttingen, which oversees the remnants of the Königsberg Amber Collection — is the fruit of Pérez-de la Fuente’s labor the past four years, and stems from the convictions of Professor Brian Farrell. The Harvard biologist believes that digitizing museum collections is an important step in opening science and fostering new work by researchers around the world.

Farrell, the entomology collection’s faculty curator and an expert in the world’s dizzying array of beetles, has directed the digitization of the MCZ’s larger insect collection — 7.5 million specimens — since the mid-1990s, when he obtained a National Science Foundation grant to image the collection’s type specimens for some 33,000 species.

When the effort began, the museum went through the painstaking process of shooting images on slide film and then scanning the slides to digitize the images. The rapid development of imaging technology since then has helped, Farrell said, but with so many specimens in the collection, progress has been slow.

In 2013, Farrell obtained another NSF grant and brought in Pérez-de la Fuente to oversee the digitization of the fossilized insects, including 10,000 trapped in amber. Three years later, Alexander Gehler, curator for the University of Göttingen’s Geoscience Museum, wrote to inquire about the long overdue loan and ask for the borrowed fossils back.

The specimens are of Baltic amber, formed tens of millions of years ago when northeastern Europe was covered by vast pine forests full of insects, some of which became trapped in resin. The sap hardened into a clear, yellowish solid, preserving the insects to be discovered and examined by collectors and scientists.

The layer of Eocene amber extends out into the Baltic Sea, Pérez-de la Fuente said. Because amber floats, pieces wash ashore regularly. By the mid-1930s, the University of Königsberg had amassed an amber collection of some 100,000 pieces. The specimens Brues borrowed led to several scientific articles before his death in 1955.

Most German records of the loan were lost during the war, and there are no records in Harvard’s archives that might explain why Brues never returned them. What is known is that World War II nearly obliterated Königsberg.

Following months of Soviet bombing, a British attack in August 1944 heavily damaged the area around the university. Soon after, the museum’s director packed the most valuable amber pieces and shipped them west, to the University of Göttingen, southwest of Berlin. The roughly 80,000 pieces that remained in Königsberg were lost or destroyed, Gehler said. In the postwar redrawing of borders, Königsberg was incorporated into Russia and renamed Kaliningrad.

The rescued portion of the Königsberg Amber Collection was hidden in a potash mine during the war’s waning months, and retrieved before the mine was destroyed in September 1945. After the war, occupation forces kept the collection in fine arts repositories for more than a decade until it was returned to the University of Göttingen. Today the university holds 18,000 pieces from the original Königsberg Amber Collection.

“Other museums write us a couple of times a year with specimens that they realize they have that belong to us,” Farrell said. “And partly it’s because the world was largely analog until recently. The records are paper records and they get buried in files and people pass away and are gone. We’re moving everything online and into the MCZ database so we can track things. When there’s a loan that’s due, they get an electronic notice.”

Images of the MCZ’s amber insects began to go online in 2015. Months later, Gehler heard from a French researcher asking about a fossil ant that had been in the Königsberg Amber Collection.

The ant was not among the specimens that had been saved at the end of the war, so Gehler began to search online, as curators of the collection had done for decades in an effort to turn up loaned material. The search led to a specimen in the MCZ’s database, which Gehler crosschecked with scientific publications. He found articles by Brues with photographs that matched the MCZ image, and identified the specimens as belonging to the Königsberg collection.

Gehler delved further and was able to identify 40 to 50 specimens whose original accession numbers, tags, or other identifying characteristics indicated that they had been part of the Königsberg collection. He also found a short memo of the loan with Brues’ name on it. Gehler emailed Farrell in December, asking for help identifying the loaned materials.

Gehler’s note set Pérez-de la Fuente to the task of going through the entire 10,000-specimen MCZ amber insect collection by hand, examining each specimen for tags or the unique combinations of numbers and letters used by Königsberg. He then went through the publications by Brues and eminent paleoentomologist Frank Carpenter, cross-referencing specimens their publications identified as coming from the Königsberg collection.

Of the 383 pieces Pérez-de la Fuente identified as coming from the original Königsberg collection, 40 were precious type specimens, and so are scientifically invaluable. Those 40 would have been saved at the end of the war, but most of the other specimens likely would have been left behind and lost in the destruction that followed, Gehler said.

“The types would have been transported, but a lot of the specimens surviving in Harvard today … might have been left in Königsberg and destroyed,” Gehler said. “It’s a very lucky occasion that they survived.”

In June, Pérez-de la Fuente flew to Göttingen with the specimens in his carry-on, delivering them by hand to Gehler.

“It was really perfect,” Gehler said. “They … invested a lot of their own time to research this issue. It is 3 or 4 percent of the surviving collection and we are very glad that this material has survived.”