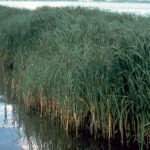 Teens discover exciting side of science

Many of the rituals and ceremonies determining how America mourns its fallen trace back to the Civil War, when the country was overwhelmed by death on a massive scale.

Those rituals are reflected in the way we honor the nearly 3,000 who died in the 2001 terrorist attacks, Harvard President Drew Faust said Wednesday at the National September 11 Memorial and Museum in New York.

The 750,000 Civil War dead represented 2.5 percent of the nation’s population, a figure that would be equivalent to more than  7 million today. To gauge the potential impact on society of such a high number, Faust cited the unrest around the Vietnam War, when 60,000 Americans died.

Many of the Civil War dead were buried haphazardly near where they fell, prompting a postwar search for graves and the establishment of national cemeteries, as well as the emergence of a new ethic toward the dead — one that emphasizes recovering remains, naming the dead, and honoring their lives.

That ethic evolved, Faust said, as the scale of conflict broadened and technology made war more intimate, from Civil War photographs, which conveyed battlefield scenes to stunned citizens, through the newsreels of World War I to images of the World Trade Center attack.

The Q&A-style event with the museum’s executive vice president, Clifford Chanin, focused on Faust’s 2008 book, “This Republic of Suffering.”

Along with connections between the Civil War and Sept. 11, Faust noted important differences, most significant that many of those who died on 9/11 were neither mindful of their coming sacrifice nor asked whether they were willing to make it. Even so, though they were noncombatants instead of soldiers, they have come to be seen as having made a sacrifice on behalf of the nation.

By providing a physical reminder of the dead, Faust said, the Sept. 11 Memorial helps survivors make some sense of what happened, and move forward.

“What is death? It’s so hard to say. It’s an absence,” she said. “We want a presence to represent that absence, so we want, at a funeral, a body. If we don’t have a body we struggle, I think, to replace that with some other kind of representation.

“So, the combination of absence and presence in this memorial, the holes and the remains of the … columns remind us of what is and what isn’t … and I think that’s an essential part of human mourning and the transition humans have to go through from being overwhelmed with grief to somehow incorporating that into our lives as we continue to live.”

Naming the dead, Faust said, has also gained a central role in how we mourn as a country.

“A name lives on, a name identifies a person with something you can see and you can touch. People go to the Vietnam Memorial all the time and touch it and do rubbings,” Faust said. “It’s something that you can hold onto and say, ‘This person lived. This person’s life was meaningful, this person’s life is now a memory that I can hold onto.’ That again comes out of the democratization of death of the Civil War period.”

Though New England’s slave past is often glossed over because of the region’s early support for abolition, that history still exists and should be acknowledged, Faust said. Early Harvard presidents, for example, owned slaves while living on campus. Even after slavery ended in Massachusetts in 1783, Harvard still benefitted from the practice through the commerce of its benefactors.

The University has grappled with that history in recent years, honoring slaves who lived in Wadsworth House with a plaque bearing their names, an acknowledgement that, though they had little choice, their lives and work benefitted the institution.

“These were human beings that were part of our community, these were stolen lives,” Faust said. “Let’s remember these individuals, and begin not with an erasure, but with an addition … to our past.”