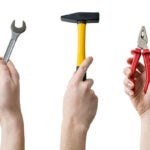 Can exposure to inequality influence whether people support proposals such as the so-called “millionaire’s tax”?

The answer is yes, but not in the direction many might think, according to a new Harvard study.

The study, conducted by Melissa Sands, a Ph.D. student in the Department of Government at the Graduate School of Arts and Sciences, found that following momentary exposure to inequality, support for a millionaire’s tax dropped by more than 50 percent. The research is described in a recently published paper in the Proceedings of the National Academy of Sciences.

When pedestrians passed an affluent-looking white person on the street, Sands found, 14 percent were willing to support the tax, but after seeing a poor-looking white person, that support fell by more than half, to just 6 percent. By comparison, support for a different petition, to curb the use of plastic bags, remained constant.

Similar tests performed with both affluent- and poor-looking black people showed no change in support for either petition.

The idea for the study grew out of the phenomenon — long noticed by social scientists — that left-leaning individuals tend to live in cities. Sands, though, wanted to explore whether the trend was a matter of left-leaning people self-selecting into cities, or whether cities, with their ethnic and economic diversity, encouraged people to become more liberal.

“I was curious about whether there may be a treatment effect of living in a city,” Sands said, pointing to the New York City subway as an example of a place where different groups are forced to interact in an urban setting. “It’s the great equalizer in a way. People from all walks of life are together on the train. I thought perhaps part of why cities tend to be left-leaning is because people have those experiences, they see people from different socio-economic backgrounds, and that might make them more empathetic.”

But isolating whether and how city life might influence a person’s political identity is no easy feat.

“It’s hard to know which factors are important … because all these complicated factors are entangled,” Sands said. “And we’re talking about relatively subtle effects.”

To find the answer, Sands developed an experiment that exposed participants to scenes of inequality — but unlike other studies, did it under tightly controlled, real-world conditions.

“One way this study departs from what’s been done previously is that this is the first study to experimentally manipulate inequality in the real world,” she said. “Most prior studies used a survey approach, in which they would show participants a chart or provide them with some information, and then ask questions. This is a big departure from that because we’re creating what I call ‘microsettings’ of inequality.”

“We didn’t want them to look as if they were homeless,” Sands said. “We wanted to avoid conjuring feelings of disgust or scorn, but we did want them to stand out, or to look very down-and-out.”

Just feet from the actors, students were positioned to ask pedestrians to sign a petition, in some cases in support of a “millionaire’s tax” and in other cases to restrict the use of plastic bags.

“We used the second petition because I was concerned that people might be less willing to stop and sign any petition,” Sands said. “So that was a placebo petition that we used to figure out what people’s baseline response rate [was] for each condition.”

Their responses, Sands said, revealed that when pedestrians passed a white person who appeared poor they were far less likely to support the tax proposal, but showed no difference for either affluent- or poor-looking blacks.

Going forward, Sands hopes to get a better understanding of exactly what mechanism is driving that drop, and to explore whether the results might change if the study were conducted in a different region or if participants were exposed to repeated scenes of inequality.

While the results might initially paint a pessimistic picture of human nature, Sands suggested that one factor driving the results was the fleeting nature of the interactions.

“In this study, people are not stopping and talking to the person, they’re not spending the day volunteering in a homeless shelter or seeing how the other half lives,” she said. “It’s a momentary exposure … so I think the effect I’m finding here is something that just occurs in the moment, and with repeated exposure we might actually see the effect reverse.”

This research was supported with funding from the Pershing Square Venture Fund for Research on the Foundations of Human Behavior and from the Institute for Quantitative Social Science and the Center for American Political Studies at Harvard.