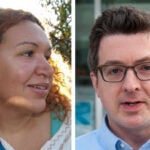 At a Meeting of the Faculty of Arts and Sciences on May 2, 2017, the following Minute was placed upon the records.

Paul C. Martin once told a colleague that he had “Harvard tattooed on [his] chest,” which was not far from the truth. After graduating from New York’s Stuyvesant High School, he arrived at Harvard as a freshman in 1948 at the age of 17. He earned his bachelor’s, master’s, and Ph.D. degrees in physics over a scant six years, joined the Faculty as Assistant Professor of Physics in 1957, and was affiliated with the University for the rest of his life. He was John Hasbrouck Van Vleck Professor of Pure and Applied Physics Emeritus when he passed away at the age of 85.

Paul was a prepared but not polished lecturer—he used no notes, and everything got worked out from scratch during class. The experience, his student David Mermin said, was like “watching Sisyphus pushing his rock up the hill—except that every now and then Paul actually managed to get it to the top.” Another of his students, Pierre Hohenberg, remembered trying to reconstruct all the mathematical machinery Paul had used to elevate one rock, and confessed, at the beginning of the next class, that he couldn’t understand how Paul had gotten it across some gap. After thinking silently, Paul announced, “You’re right. It’s all wrong.” The rock rolled down to the bottom and Paul began to push it up again.

Paul was uncompromising in his commitment to precision in both thought and language. His thinking apparatus operated at a very high speed—faster than the thinking of the rest of us, but also faster than his own talking machinery. So by the time an idea was half-expressed, it needed revision. His insistence on precision, his colleague from college days Margaret Kivelson said, “led him to interrupt his own sentences to specify limitations or add interpretation, so that one wondered whether he would be able to complete the sentence before the lecture came to an end.”

Paul was a Renaissance physicist. After pioneering work in the late 1950s with his advisor Julian Schwinger on quantum many-particle systems, he provided theoretical explanations of many phenomena, any one of which might fill the career of a lesser scientist: superfluidity, antiferromagnetism, liquid crystals, turbulence. These are behaviors observed in condensed matter, that is, solids or liquids. The mathematical laws of electromagnetism and quantum mechanics, which have such pretty formulations for individual particles, are remarkably challenging in their implications for closely packed atoms and molecules. Paul and his students had only paper and pencil as tools—computational simulations were still in their infancy in the 1960s. The pioneering work of Paul and his illustrious students (six have been elected to the National Academy of Sciences, as was Paul) led the post-Sputnik applications of theoretical physics to complex liquids and solids.

In 1972 Paul was appointed chair of the Physics Department, and in 1977 he became dean of the Division of Engineering and Applied Physics, which has grown into today’s John A. Paulson School of Engineering and Applied Sciences. The 1975 report of the Buchsbaum Committee to review the Division had set a grand agenda for applied science at Harvard. Paul set about bringing applied science from the backwater to which President Eliot had relegated it a century earlier to the central role it enjoys in today’s Harvard. Over the twenty years Paul was dean of SEAS, computer science and atmospheric science flourished, important appointments and laboratories were developed in Applied Physics, and Applied Bioscience was launched. Even more importantly, Paul served as chief scientific advisor to the dean of this Faculty. Always protecting Harvard’s interests, he stressed interdepartmental collaboration over the individual empire-building ambitions that emerged occasionally even in the Faculty of Arts and Sciences.

Paul’s habits of accessibility and inexhaustibility carried over from his science to his administrative work. Harvard business was conducted over long hours, on Saturdays and Sundays if need be, because it was so important that everything come out right. In Paul’s Harvard, quality mattered in everything, as did the rule of reason. Committees existed not to ratify predetermined conclusions but to develop recommendations that would survive logical and ethical scrutiny. And not just in the sciences. He persuaded the Faculty to end limited-enrollment concentrations. Harvard’s opportunities would be open to everyone, and Harvard students would no longer go through a second admissions process to study what they wanted. Paul’s almost Puritan rectitude made him the obvious choice to develop Harvard’s conflict of interest policy for faculty.

Paul seemed to do everything himself. He personally compiled Harvard’s first email directory, and tracked every detail when the Harvard campus was networked—down to the grave question of whether to bring broadband service to a boathouse trapped on a communications island between Soldiers Field Road and the Charles River.

Paul’s unfathomably deep devotion to Harvard’s interests explained his legendary frugality. To spend a dollar of Harvard’s money was to make a moral decision. Paul’s assistant did not have assistants of her own, and a faculty lunch was one to which faculty brought their own sandwiches. His successors may have been startled by the homespun administration they inherited, but they were deeply grateful for the budgetary surpluses he bequeathed.

Paul is survived by his wife of almost sixty years, the former Ann Wallace Bradley; by their children Peter, Stephanie, and Daniel; by Paul’s brother, Robert; and by nine grandchildren. He loved them even more than he loved Harvard.