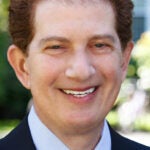 Joshua R. Sanes, the Jeff C. Tarr Professor of Molecular and Cellular Biology and founding director of the Center for Brain Science, has been named the recipient of the 2017 Gruber Neuroscience Prize.

The award, which includes a $500,000 prize, recognizes Sanes’ groundbreaking work to understand the mechanisms and molecules that drive the formation and specificity of neural connections, known as synapses, within the nervous system.

Created through an agreement between Yale University and the Peter and Patricia Gruber Foundation, the prizes are awarded to individuals in cosmology, genetics, and neuroscience whose groundbreaking work provides new models that inspire and enable fundamental shifts in knowledge and culture.

Sanes will receive the award at the 47th annual meeting of the Society for Neuroscience in November.

“Through his elegant and groundbreaking work, Josh Sanes has altered our understanding of how synapses, the communications junctions between neurons, are formed,” said Robert Wurtz, a National Institutes of Health distinguished investigator and chair of the prize’s selection advisory board. “The significance of his work has been profound, for synapses play a critical role in every aspect of brain function, including learning, reasoning, and memory.”

“It’s an incredible honor to receive this recognition,” said Sanes. “I’m not at all sure I deserve it, but I’m extremely flattered, especially because it represents the judgment of eminent neuroscientists whom I’ve admired for many years.”

Although Sanes’ work has used state-of-the art molecular and genetic tools, his introduction to neuroscience developed from a fascination with psychology, particularly with mental illness. While still in high school, he began working in the lab of microbiologist Robert Guthrie, who was then developing what would eventually become the first successful blood test for phenylketonuria, a genetic disorder that leads to mental retardation.

“It was the kind of repetitive work that high school kids could do,” Sanes said. “It wasn’t super high-tech or super expensive equipment, but you were still making a contribution. [And] I really came to love working in labs.”

As an undergraduate at Yale, Sanes worked in the lab of Paul Greengard, whom he credits for introducing him to “big-time, high-class neurobiology.” Later, as a graduate student at Harvard, Sanes had hoped to explore the biological foundations for mental illness, but current technology wasn’t able to address such questions, so he began working on synapses, which are thought to malfunction in some behavioral disorders.

After finishing his doctorate in 1976, Sanes spent a year working on Capitol Hill in the Office of Technology Assessment, where he advised members of Congress on scientific and technical issues, before beginning his postdoctoral work, first at Harvard with neurobiologist U.J. “Jack” McMahan and then with neuroscientist Zach Hall at the University of California, San Francisco.

In McMahan’s lab, Sanes demonstrated for the first time that some of the signals used to organize the synapse were contained in the extracellular matrix that surrounds muscle fiber. In Hall’s lab, Sanes began to describe the biochemical composition of a thin layer of that matrix known as the basal lamina.

Sanes then moved on to a faculty position in the department of physiology at the Washington University School of Medicine, where he worked to identify and characterize molecular factors within the extracellular matrix that help direct the formation of the neuromuscular junction, including laminin beta-2, agrin, and fibroblast growth factors.

Later, working with another then-Washington University colleague, Jeff Lichtman, Sanes began generating — with the aid of fluorescent proteins — a technique for tagging mice with color-coded neurons. The resulting images from these “Brainbow” lines have been used in labs around the world to identify specific neural pathways within the brain’s complex tangle of neurons.

In 2004, Sanes returned to Harvard, where he helped found the Center for Brain Science, where his work was dedicated to the analysis of synaptic specificity in retina neurons, examining how neurons choose partners with which to form synapses. Sanes’ lab has identified and described many of the molecules that promote specificity within the retina, such as sidekicks and cadherins. These findings have transformed how scientists understand the functional architecture of the central nervous system.