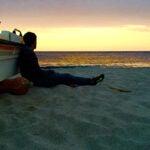 Faculty share the literature that keeps calling them back

Words stick with us, from pithy quips to epic monologues. The power of a great book or poem lies in its eloquence and accessibility. But, like a favorite song—even one memorized by heart—reminiscing never quite matches the real thing. With this in mind, the Gazette asked a few Harvard faculty members to talk about the piece of literature that they have reread the most, and what about it that keeps them coming back.

The Bible may be the most reread book in the world, opened over and again by individuals and groups, studied quietly and aloud. It is a fundamental book people turn to, even if today we are mindful also of other sacred texts that are reread — and re-heard — over and again: the Torah, the Quran, the Veda and other sacred poetries of India, along with age-old recitations in every indigenous tradition. That I myself have reread the Bible (some parts more than others) over and over during my more than 60 years will not be surprising. I am a Christian, a Catholic, a Jesuit, a priest; I preach on Sunday in a parish. The Gospels matter most; currently John is on my mind. When I reread, I am led by an expectation deep in Christian faith and in Jesuit spirituality, that the Gospels are alive, waiting for us and inviting us in at every point in our lives: “Come and see.”

The word and the living word, a two-edged sword, keeps speaking anew as we redo our lives over the decades; as we age, enjoy good health, and gradually lose it; when life goes well and when pressures and defeats pile up; as faith peaks, wavers, wanes, and is unexpectedly born again, like Nicodemus. We keeping turning the pages, as if for the first time. We read with some caution too, mindful of original contexts and redactions, millennia of commentary and preaching, the uses and abuses of this (usually but not always) good news, and all the fresh concerns pressing on us today: power and race, gender and sexual orientation, religious and political exclusions and incitements to violence, the search for ways to live in this world not as masters but as stewards of creation. And how not to be rightly diverted, when we know so many other great sacred texts that need not be shunted aside by the expectation of just one true word?

Honest rereading is in any case really hard: to not grow stale, or only pretend to read stories I know beginning to end, stifling the living word with tired words that used to work. Still, I keep rereading John, encountering a descended word who offers light and life, overflows my empty water jars with new wine, startles me back into life as I encounter the woman at the well, the crowd seeking bread that won’t run out, the man born blind, Lazarus dead and then once more alive. There he is: Jesus, his feet washed by his friend Mary drying them with her hair, Jesus unforgettably washing his disciples’ feet, Jesus lifted up in glory, on the cross, to die alone. Over and again, we find stories of life in this old book, beyond all the books we could possibly write. And then we are back in the beginning, reading the book, being read by it.

Diane Paulus ’88, Professor of the Practice of Theatre; Terrie and Bradley Bloom Artistic Director of the American Repertory Theater at Harvard University

There is one book I always refer to as my theatrical bible — “Improvisation for the Theater” by Viola Spolin. When I graduated from Harvard in 1988, I had plans to drive across the country to the Yukon in a car my brother had given me. The week of graduation, the car wouldn’t start and had to be towed from its parking spot on Linnaean St. At the last minute, I auditioned for an acting program in New York City, and ended up training with the late great Paul Sills, who became a lifelong mentor. His mother, Viola Spolin, had written a handbook of theater games which she had been inspired to create out of her work with immigrant children at Chicago’s Hull House. Paul took these games into the professional theater and founded the now famous Second City.

Spolin’s theater games are designed to unleash creativity in a nonjudgmental environment, where there is no right or wrong, simply a game “well played.” There are no props or sets, just “space” that can be transformed. Paul would always call this “the invisible becoming visible.” As acting students, we spent hours every day playing theater games, trying to get out of heads, and into that blissful state of improvisation where anything is possible, the unexpected emerges, and the space becomes alive between you and your fellow players. Paul was our coach, and he would urge us from the sidelines to “share our voice,” to “heighten and explore” a given moment, to change our speed to “slow motion,” to “sing” our dialogue, or speak in “gibberish,” to “show don’t tell.” It was never about being funny, making jokes, or being clever. There was always a quest to get beyond what you knew in your intellect, and to enter a spirit of play that could lead to the spontaneous and explosive freeing of creativity.

To this day, I draw on these games in my teaching, in my work with professional actors including the Audra McDonalds of the world, and most significantly in how I try to live my life. In the words of Viola Spolin, “it takes courage to move out into the new, the unknown.”

I don’t know how many times I’ve read Alison Bechdel’s graphic memoir “Fun Home: A Family Tragicomic.” From the first page to the last, at least 20. Plus several hundred partial rereadings when I was writing an article about the book.

I keep coming back because of the intensity of pleasure this book gives me. I love Bechdel’s line: her tender attention to hair, to musculature, to the curve of inked letters themselves. I love how the pictures and words function like two mirrors facing each other, at a slight angle, to produce meanings that repeat with a difference, dizzying and endless, beyond a vanishing point (a dynamic that reflects, itself, the title of the book). I love the book’s absolute commitment to speaking the truth even when the truth is impossible to grasp.

And certainly, I love the book in part because it reflects some aspects of my life. The plot of each could be summarized, “Butch lesbian from unusual family reads big books and thinks a lot.” Even more than the content, however, what gives me pleasure is the way the rhythm of “Fun Home,” its recursive structure, its spiraling revisitations of long-past events combine, somehow, to replicate my experience of my own mind. Very few books read like my brain feels — but this one does. It’s startling. It’s exquisite. It’s home — not the one I know, but a different yet familiar home in the shape of a book.