Abell and Palandjian to lead Overseers 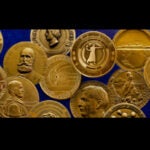 Scott A. Abell ’72, past president of the Harvard Alumni Association and retired chair and CEO of Abell & Associates, Inc., has been elected president of Harvard’s Board of Overseers for the academic year 2017-18.

Both elected as Overseers in 2012, Abell and Palandjian will serve in the board’s top leadership roles for the final year of their six-year terms. They will succeed Kenji Yoshino ’91, the Chief Justice Earl Warren Professor of Constitutional Law at New York University School of Law, and Nicole Parent Haughey ’93, the chief operating officer of Mimeo.com.

“Scott Abell and Tracy Palandjian each embody the qualities of good judgment, devotion to higher education, constructively critical perspective, and appetite for service that our most valued alumni bring to the work of the University,” said President Drew Faust. “It will be a privilege to work with them even more closely in the year to come.”

For nearly 30 years, Scott Abell served as chair and CEO of Abell & Associates, Inc. He founded the company in Akron, Ohio, in 1973, shortly after his graduation from Harvard College, and led its work in the fields of financial services and health care consulting.

One of the University’s most active alumni leaders in recent decades, he served as president of the Harvard Alumni Association in 2000-01, leading a comprehensive strategic planning process that helped reshape the HAA. His numerous other volunteer roles have included service as president of the Harvard Club of Northeast Ohio and chair of its Schools and Scholarships Committee, HAA regional director, and reunion co-chair for the College Class of 1972, as well as membership on the HAA nominating committee for Overseers and elected directors, the HAA awards committee, the executive committee of the Harvard College Fund, the board of governors of the Harvard Club of Boston, and the Committee on University Resources. He received the HAA Award in 2003 for his work on behalf of Harvard.

Abell came out of retirement in 2004 to serve for several years as the dean for development for Harvard’s Faculty of Arts and Sciences. He currently serves as the national chair of the John Harvard Society.

Born to a family of modest means, Abell overcame childhood polio to become a multisport athlete. He was encouraged by a Cleveland-area alumnus to apply to Harvard College. He enrolled in the fall of 1968 with the support of Fred Glimp ’50, then dean of the College, and Jack Reardon ’60, then associate dean of admissions and financial aid.

Abell went on to a successful business career after graduation, while taking active part in the civic and philanthropic life of his communities through such organizations as the Woods Hole Oceanographic Institute, the Center for Nonprofit Excellence, Akron General Health System, the Children’s Hospital Medical Center of Akron Foundation, and Stan Hywet Hall and Gardens.

An engaged participant in the Overseers-led visitation process, he has also served as a member of the visiting committees for the Departments of Chemistry and Chemical Biology, Human and Evolutionary Biology, and Mathematics.

He lives outside of Cleveland with his wife, Susan Abell, a former health care executive. He is the father of two children, Kelly ’02 and Patrick ’07, M.B.A. ’14.

Tracy Palandjian has served since 2011 as co-founder and chief executive officer of Social Finance, Inc., a Boston-based nonprofit organization dedicated to mobilizing capital to drive social progress. Social Finance develops pay-for-success and other public-private partnerships designed to address complex social challenges such as achievement gaps, health disparities, and prisoner recidivism. Before leading Social Finance, Palandjian spent more than a decade as a managing director of the Parthenon Group, where she established and led the firm’s nonprofit practice.

Co-author of the book “Investing for Impact: Case Studies Across Asset Classes” and vice chair of the U.S. Impact Investing Alliance, she writes and speaks widely on impact investing and social innovation.

A native of Hong Kong who came to the United States at age 14 as a foreign student, she studied economics at Harvard, earning Eliot House’s John B. Imrie Memorial Award, and went on to Harvard Business School, where she was a Baker Scholar.

As an Overseer, she chairs the board’s committee on schools, the College, and continuing education. She also serves on the executive committee and the committee on humanities and arts, as well as the visiting committees for the Division of Continuing Education, the Harvard Kennedy School of Government, and the Sociology Department.

An active trustee well beyond Harvard, she serves on the boards of the Surdna Foundation and Affiliated Managers Group. She is a past trustee of Milton Academy and the Robert F. Kennedy Center for Justice and Human Rights, and past chair of the board of Facing History and Ourselves.

Palandjian lives in Belmont with her husband, Leon Palandjian ’91, M.D. ’00, and their three daughters.