Harvard faculty elected to American Academy of Arts and Sciences 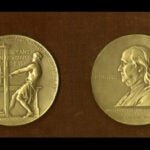 New class will be inducted at a ceremony on Oct. 7 in Cambridge

The American Academy of Arts and Sciences today announced the election of 228 new members. Members of the 2017 class include winners of the Pulitzer Prize and the Wolf Prize; MacArthur Fellows; Fields Medalists; Presidential Medal of Freedom and National Medal of Arts recipients; and Academy Award, Grammy Award, Emmy Award, and Tony Award winners. Among them are 13 Harvard faculty.

Founded in 1780, the American Academy of Arts and Sciences is one of the country’s oldest learned societies and independent policy research centers, convening leaders from the academic, business, and government sectors to respond to the challenges facing — and opportunities available to — the nation and the world. Members contribute to American Academy publications and studies in science, engineering, and technology policy; global security and international affairs; the humanities, arts, and education; and American institutions and the public good.

“It is an honor to welcome this new class of exceptional women and men as part of our distinguished membership,” said Don Randel, chair of the Academy’s Board of Directors. “Their talents and expertise will enrich the life of the Academy and strengthen our capacity to spread knowledge and understanding in service to the nation.”

In addition, Gerald L. Chan, S.M. ’75, S.D. ’79, and his brother, Ronnie C. Chan, sons of the late T.H. Chan and benefactors to the Harvard School of Public Health, were named fellows.

Read about the new members.