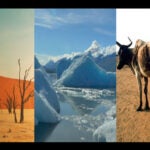 Imagine you’re getting hungry at work and you see a candy bar on a co-worker’s desk. Why not just eat it while she’s out of the room?

Some people might not do it because they know it’s wrong; risk might dissuade others. But a new study suggests that for many people, the immediate response might be that taking the candy isn’t even possible.

The study, co-authored by Assistant Professor of Psychology Fiery Cushman and postdoctoral fellow Jonathan Phillips, suggests a surprisingly common default in human behavior: the view that immoral actions are simply impossible. The research is described in an April 17 paper in the Proceedings of the National Academy of Sciences.

“When people do something immoral, people tend to say things like, ‘No, that can’t be right,’ or ‘I can’t believe it,’” Phillips said. “There’s a sense that the brain treats these kind of things similarly to how it would react if someone told you it is possible to turn your hat into a candy bar, or something equally impossible.”

There may be good reason for the brain to react that way, Cushman said.

“We think this might actually help people act morally in the real world,” he said. “Maybe it’s easier to do the right thing if your brain is designed to treat the wrong thing … as if it were impossible. Because if you admitted something was possible, it might start to feel pretty tempting.”

In some sense, he said, it’s as though every person has two voices in their heads that propose possibilities ― an intuitive one that respects the laws of morality, and a more deliberate one that sticks to the laws of physics.

“Part of what we’re learning is why people call things possible or impossible,” Cushman said. “It turns out we don’t do this like a scientist or philosopher, with the goal of being perfectly accurate about the world. Ordinary people want to be practical about the world, and practically speaking, you shouldn’t be doing immoral or irrational things. So a practical approach to decision-making is to simply call all those things impossible, and only focus on the set of things that are worth investing your time in.”

To test how people reacted to both immoral and impossible events, Cushman and Phillips created an experiment using the online labor market Amazon Mechanical Turk.

Participants were presented with situations where people were seeking solutions for problems. The participants saw scenarios that were either immoral, such as a mugging, or physically impossible, like turning a hat into a candy bar, and were asked whether each was possible.

The rub, Phillips said, was that half the participants had to respond quickly — inside 1.5 seconds — while the other half were told to wait 1.5 seconds before responding.

The study raises a host of additional questions — and could eventually open the door to a new understanding of why some people repeatedly commit immoral actions, the researchers said.