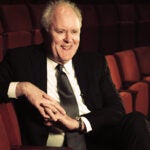 Harvard University has made steady progress in diversifying its faculty over the past decade, with the percentages of women and minorities who are tenured and tenure-track professors at all-time highs, according to the annual report of the Office of Faculty Development and Diversity.

“Because tenured faculty tend to stay here a long time, change is necessarily incremental,” said Judith D. Singer, senior vice provost for faculty development and diversity. “However, if you look at how the percentages have changed over the last decade, we can see that our efforts are having a meaningful impact on diversity. Much remains to be done in developing a diverse faculty, but it is worth taking stock of what we have accomplished to date.”

For the first time, the office’s report parsed demographic data by gender and race/ethnicity simultaneously, providing greater insight as Harvard seeks to diversify across both these dimensions while continuing to enhance academic excellence.

“It’s not a zero-sum game,” Singer said. “Enhancing diversity is a strategy to enhancing excellence.”

“In 2008, for example, there were just nine tenured underrepresented minority women on the faculty,” Singer said. “Today, this has tripled, to 27. This is how change in the faculty happens, one person at a time.”

“An estimated 95 percent of faculty stay the same year to year,” Singer said.

By working with deans and departments to develop best practices and provide guidance on topics such as how to conduct searches and reduce implicit bias, Harvard’s faculty recruiting process is more robust and more diverse, Singer said. Among the 91 individuals who were hired as tenure-track faculty or newly tenured this year (67 percent of whom were promoted from within), 19 percent are minority men, 15 percent are minority women, and 23 percent are white women.

“This reflects a real push on the part of the leadership of the University, the deans, all of whom have a deep commitment to diversity, and, frankly, faculty who run all faculty searches and many of whom are now learning that active recruitment, careful reading of candidates’ work, and engagement with the process can help identify more diverse pools of applicants that can lead to recruiting more diverse candidates,” Singer said.

As Harvard’s central faculty affairs office, the Office of Faculty Development and Diversity works with all of the Schools to guide and coordinate policies and practices in every area of faculty affairs, with the aim of increasing accountability and measurable progress in diversifying the faculty.

The office’s main mission is to develop, implement, and evaluate University-wide programs designed to improve faculty life and diversity and to collect, analyze, and disseminate data on faculty appointments. The office also sponsors programs to support faculty, including mentoring initiatives, childcare programs, and enrichment activities that introduce faculty members to their peers.

The full diversity report can be found here.