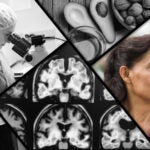 Harvard Stem Cell Institute (HSCI) researchers have identified a compound that helps protect the cells destroyed by spinal muscular atrophy (SMA), the most frequent fatal genetic disease in children under 2 years of age.

SMA is a neurodegenerative disease targeting motor neurons, the long nerve cells that relay messages from the brain to the muscles and that are, consequently, responsible for bodily movements, including walking, swallowing, and even breathing. Patients with milder forms of SMA experience muscle wasting that may confine them to a wheelchair, while the more severe forms cause paralysis and death before the second birthday.

About one in 50 people are genetic carriers of the disease.

Because of a dysfunctional gene, many motor neurons in SMA patients are unable to produce adequate amounts of a protein called survival of motor neuron (SMN). The deficiency causes cellular stress and eventually cell death. Rather than fixing the gene, which has been the strategy of many labs looking to develop SMA therapies, the Harvard team has identified a compound that helps stabilize the SMN protein both in human neurons in a dish and in mouse models.

The findings were published in the journal Cell Reports.

In 2015, Rubin made a variety of neuronal types from the iPS cells of SMA patients in order to determine why motor neurons in particular were targeted, and found they experienced a fatal stress response similar to motor neurons affected by amyotrophic lateral sclerosis (ALS), the late-onset neurodegenerative disease more commonly known as Lou Gehrig’s disease.

Additionally, some SMA-affected motor neurons were dying before others, though all of the neurons had the same genetic mutations and were experiencing the same stressful environment.

“Clearly, some motor neurons were surviving, so the next question was whether this is random or if there is a molecular explanation,” Rubin said.

Early on in their most recent study, the researchers found that within a single petri dish of motor neurons derived from an SMA patient, some produced up to four times as much SMN protein as their neighbors. Over time, those motor neurons with higher levels of SMN were more likely to survive after exposure to toxic environments and stressors.

When the team analyzed motor neurons derived from ALS patients, they found similar results: Motor neurons with higher levels of SMN were likelier to survive than those with lower levels.

“The surprise was when we looked in a control culture and also saw differences between the individual neurons,” Rubin said.

“It is clear that the SMN protein is necessary for all motor neuron survival, not just motor neurons targeted by ALS or SMA,” said Natalia Rodríguez-Muela, a postdoctoral fellow in Rubin’s lab and co-first author on the paper. The results suggest that if the team could increase the amount of SMN protein in any single motor neuron, they would be able to rescue the cell.

During a cell’s life span, proteins are constantly being made and degraded, made and degraded again. To interrupt the process of breaking down the SMN protein, the researchers looked at a family of proteins called Cullins, which act as a part of the cell machinery that regulates protein degradation.

In 2011, the Rubin lab had determined that an enzyme called GSK3b helps control SMN stability. Nearly all proteins degraded by GSK3b are flagged for degradation by a pathway that involves a specific member of the Cullin family. Rubin said the researchers hypothesized that if they could block that Cullin-mediated process, the SMN proteins would not be flagged for degradation and would remain stable longer.

The researchers, led by co-first author Nadia Litterman, then dosed human and murine motor neurons with a compound known to block the specific Cullin and found that exposure to the compound made SMN proteins more stable and more abundant. As a consequence, the compound promoted survival of all motor neurons, both in human cells in the dish and in mouse models.

Additionally, mice with SMA, even the more severe forms of the disease, had some of their symptoms improve after exposure to the compound.

“This process points to an unexplored therapeutic direction that could benefit patients of not one, but two separate diseases,” Rubin said.

Harvard’s Office of Technology Development has filed a patent application on the approach.