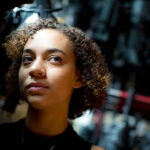 Growing up in the tribal districts of Madhya Pradesh, India, Varsha Varman heard it all. Girls don’t play sports. They don’t dream of studying law, or imagine careers in politics. And attending a university like Harvard is little more than a fantasy.

The economics concentrator is nearing the end of her junior year, with a spot on the women’s varsity crew team and an eye on law school. One of the keys to making that possible, she said, is financial aid.

More than half of Harvard undergrads receive financial aid, and the majority of students pay only 10 percent of annual family income, an average of $12,000 a year. Students whose family incomes are below $65,000 pay nothing.

“I had known about Harvard’s financial aid before I applied, but it would be impossible to [be here] without it,” Varman said over lunch at the Kirkland House dining hall. “I would not have pursued Harvard if I did not have financial aid. I remember getting my acceptance letter, and the financial aid letter comes with it, and I remember feeling like I’d hit the jackpot.

“Growing up in one of the most rural places in the world, I would never have thought” of coming to Harvard, she added. “Harvard was not something I even knew existed. The biggest thing for me would have been to just get a good job.”

An accomplished sport shooter — she holds the junior world record in the double trap event — Varman hopes to one day compete in the Olympics. She plans to attend law school and then return to India with the goal of providing legal aid in rural areas. She may eventually enter politics.

Being at Harvard, Varman said, makes it easy to entertain such ambitions.

“Being here, once you have the little things taken care of, you are free to think bigger and achieve more,” she said. “Even small things like worrying about food or providing for a winter coat, you don’t have to worry about these things that might prevent you from putting your full potential into what you want to do. Being at Harvard makes it possible to pursue big dreams.”

Though she’d scored among the top students in the nation on a test given to all high school seniors, Varman didn’t initially apply to Harvard, but opted to head to the University of Warwick in the U.K. to pursue a law degree. Almost immediately, however, she realized she’d have to abandon her other passion — shooting.

“I just wasn’t ready to give it up,” she said. “After a semester, I decided to leave Warwick and returned to shooting and worked with NGOs, and eventually made it back again onto the Indian Shooting Team.”

Over the next two years, Varman traveled the world to compete in shooting events, becoming the only athlete from Madhya Pradesh to represent India in the 2014 Commonwealth Games and winning the bronze medal at the Asian Games during her freshman fall at Harvard.

It was during her time at Warwick and competing at various shooting events that Varman came to realize she could study in the U.S. and continue to pursue her sport shooting ambitions.

The sport and her studies complement each other perfectly, she said.

“For me, shooting has always gone together with education,” she said. “The mental strength that I get from it translates very well into being able to study for a long time, which meant I was able to shoot for a long time. Shooting allows you to focus and push yourself mentally.”

She added: “From when I first came to Harvard three years ago to today, I feel as if I’ve grown as much as I would have in 20 years. It’s a truly transformative experience to be here and get to talk with the outstanding professors and my amazing peers. I feel like my mind has expanded so much in this short period.”

Varman hopes there’s a student in rural India who can see that a Harvard education is within reach, based on her example.

“I’m just paving the path,” she said. “Once you see it’s possible, that’s the motivation for the next generation to follow.”