His music pierces the darkness 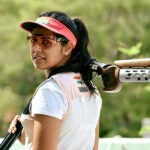 For Taylor Carol, music has been not so much a lifesaving prescription as a lifesaver in the dark.

Quarantined in a hospital isolation unit when he was 12 after receiving a bone marrow transplant in his battle with leukemia, he spent six months trying to regain the ability to walk, eat, and see.

“In that painful darkness, music really became a savior, a crutch for me,” said Carol ’17, who had The Dave Matthews Band, the Who, and John Mayer in heavy rotation. “I found something I could really grasp onto for the meaning of life.”

That experience formed his forever connection to music, one he would follow to become an ambassador for children’s cancer issues, an aspiring singer and songwriter, and to produce a profoundly personal senior thesis in the form of a record album held together by his experience with cancer.

“I can’t live a life outside music, and I want to use the platform it provides to really impact social causes in a meaningful way,” said Carol, 21, who plans to move to Los Angeles to pursue a music career after graduation from Harvard College.

Sitting in Lamont Library Cafe, Carol recounted the devastating diagnosis that upended his ordinary childhood in Dana Point, Calif. Born into an athletic family—Dad, a college baseball player, Mom, a former tennis pro—Taylor was 11 when he fractured his elbow playing Little League baseball. The bone didn’t heal, and when night sweats and fatigue followed, doctors diagnosed a rare and acute form of leukemia.

“They thought I had two weeks to live,” Carol recalled. “We moved to Seattle, where I received joint treatment from Children’s Hospital of Seattle, Seattle Cancer Care Alliance, and the University of Washington Medical Center, where they found me a perfect bone marrow match from someone in Germany.”

He found strength in his Christian faith and his love of singing, which had taken root in the fourth grade, when his class staged “Westward Bound.” Uninterested at first in even participating, afterward he begged his parents for voice lessons.

“In that persistently quiet darkness in Seattle, a voice and passion for music grew louder than ever before. I felt this unprecedented desire to sing and get back on stage and perform,” he said.

His was not a straight line to success. Seeing friends who he had made in the cancer ward lose their battles left Carol racked with survivor’s guilt. He decided to channel that frustration and started performing for any fundraiser that would have him.

“I became a spokesman for the Make-A-Wish Foundation and for the Leukemia & Lymphoma Society,” he said. “I also co-wrote my first song with Mateo Messina [a Grammy Award-winner for his “Juno” film score], which was performed by the Pacific Northwest Symphony. I really felt the power of music again.”

He returned to high school, reading voraciously and bribing teachers with chocolate chip cookies to tutor him so that he could catch up on the work he had missed. When he got into Harvard, he knew he would continue to use a philanthropic platform to share his message of hope.

On campus, where he lives in Cabot House, he focused on his English studies and singing with the Glee Club. Outside of Harvard, Carol (who describes his style as John-Mayer-meets-Ed-Sheeran-meets-Michael-Buble) performed the national anthem at Red Sox and Celtics games, and took the stage with Will Farrell and Tina Fey at cancer fundraising events.

Wanting his senior thesis to expound on his passion for music and his dream to help young cancer patients, he petitioned to write an album of songs that served as a sort of “mentoring” on end-of-life issues.

“I’ve written songs [“Saline,” “Six Inches Away,” “Soar,” and “Fall Away”] based on common experiences I’ve seen firsthand: the sense of isolation, romance in the hospital ward, infertility, aspects of the disease that fall through the cracks of the doctors and nurses,” he said.

Josh Bell, the poet and Briggs-Copeland Lecturer on English, who is Carol’s adviser, said the process has been at turns thoughtful and heartfelt.

“Taylor’s writing always has this buoyancy to it that helps him learn to deal. That writing will probably also help other people deal with their lives,” Bell said. “There’s much darkness and anxiety in his writing, but his attempt to transcend it is what his work is about.”

Carol said his goal for the album is twofold: to prove the merit of song on an academic level and to have an impact on young patients.

“Music has the ability to inspire hope, to challenge beliefs, and to connect with the listener,” he said. “If even one patient listens to this album and finds a song that makes them feel a little less lonely, a little more loved, or a little bit stronger, it’s been an absolute success.”