Toward a more welcoming campus 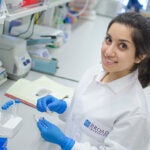 From the ‘Fruit Belt’ to the lab

Students, academic personnel, and staff from across Harvard will have an opportunity on Wednesday to contribute their ideas on how to make the campus a more welcoming place for people from all backgrounds.

Harvard President Drew Faust and Tracy Palandjian of the Board of Overseers, will host a University-wide event, the Afternoon of Engagement on Inclusion and Belonging, from 2 to 5 p.m. in Sanders Theatre. The event is being organized by the Task Force on Inclusion and Belonging and is open to all University students, staff, and academic personnel. A simulcast will be available at the Joseph B. Martin Conference Center in Longwood.

Created by Faust in September, the task force is charged with examining how Harvard, whose tenets support diversity, can become a place of greater inclusiveness and belonging. The work includes clarifying existing barriers to creating that environment, and recommending solutions.

Fung said the task force is “operating at the level of the University,” whereas previous work on inclusion and diversity was undertaken at Harvard’s individual Schools. Also distinctive, he said, is that students, staff, alumni, and academic personnel are all participants. During the discovery phase, which began in the fall, the task force has been holding listening sessions with teams from each School and business unit and such other Harvard entities as teaching and learning centers.

“We continue to work hard on what is essentially a project of diagnosing the current state of affairs,” Allen said by e-mail.

Weenick said the engagement session marks the “signature event” of the discovery phase, which concludes at the end of the academic year, when the task force will begin engaging the Harvard community in developing solutions.

The discovery phase has been “incredibly useful in understanding how these issues are playing out across all parts of our campus,” Weenick said, “and that really culminates in the Afternoon of Engagement, which we hope will be an even more far-reaching way for every member of our community to have a voice in this discussion.”

Calling the input from the campus community “critical to the work of the task force,” Weenick said, “We want to make sure people who want to contribute to this work have a pathway to do so.” She said the upcoming event will also serve to raise awareness of the work.

“We plan to share some of the key concepts that are guiding our work, in a storytelling format,” Allen said by e-mail of the event, at which she and Faust will deliver welcoming remarks. “We also are very eager to deepen our engagement with the broad community and to learn from the wisdom that all can bring to the conversation.” She said attendees will engage “in several moments of small-group participatory reflection.”

Fung, who will moderate the small-group discussions, said they will enable participants to share, via an online form, their experiences with inclusion and belonging on campus and suggest how it can be improved. He said their ideas will give the task force “an extremely rich source of data and ideas and experience” to use in developing recommendations.

Allen said the task force plans to share highlights of the afternoon session at its close, and later in the month will provide a fuller update on what it learned from the event overall, observing, “We are striving for transparency in our work.”

In some of its other work to date, the task force has collated data from across Harvard’s Schools and reviewed existing surveys on how inclusion and belonging are currently measured at Harvard and other institutions. It has also assembled a bibliography, devoted several sessions to “values clarification conversations,” and developed an online tool, the Solution Space — set to launch Wednesday — that will offer another way for people to contribute their ideas, Allen said.

Weenick said it is too early to gauge the impact of the project, but “we are heavily engaged in consciousness-raising and the leadership of the University is listening. They are keenly interested … in understanding what the barriers are to belonging on this campus, and I think that’s great.”

The task force expects to work through the fall developing solutions with the community, before issuing a report with recommendations next spring.

The event is free and open to University students, staff, and academic personnel only. Registration is requested.