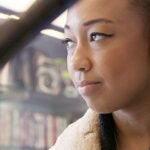 Mark Zuckerberg, founder and CEO of Facebook, the social networking platform widely credited with transforming how almost 1.9 billion people interact, will be the featured speaker at the Afternoon Program of Harvard’s 366th Commencement on May 25.

“Mark Zuckerberg’s leadership has profoundly altered the nature of social engagement worldwide. Few inventions in modern times can rival Facebook in its far-reaching impact on how people around the globe interact with one another,” said Harvard President Drew Faust. “And few individuals can rival Mark Zuckerberg in his drive to change our world through the innovative use of technology, as well as his commitment to advance science, enhance education, and expand opportunity through the pursuit of philanthropy.

“I greatly look forward to welcoming Mark back to Harvard on Commencement day,” Faust continued.

Born in White Plains, N.Y., in 1984, Zuckerberg grew up in nearby Dobbs Ferry. By the time he was in middle school he was already writing software, including a program called “ZuckNet” which he created for his father’s dental practice. Later, still a teenager, he built a platform called Synapse Media Player that used machine learning to analyze a user’s listening preferences. The program was recognized by PC Magazine and earned him job offers from Microsoft and AOL.

Zuckerberg went on to graduate from Phillips Exeter Academy in New Hampshire, where he combined his talents for math and science with interests in classics and fencing.

He enrolled in Harvard College in 2002 as a member of the Class of 2006. While he was a sophomore in Kirkland House, he and a group of friends created a platform called thefacebook.com, initially designed as a social networking website for Harvard students and then expanded to other campuses. The website quickly gained widespread popularity, catching the attention of investors. Following his sophomore year, Zuckerberg and his cohorts moved to Palo Alto, Calif., to rebrand their fledgling company, now called Facebook, as a global service. Zuckerberg originally intended to return to Harvard, but the immediate success of the enterprise led him to devote his full energy to the company.

As the popularity of the network grew, it was expanded to universities outside the United States, and in 2006 was extended beyond educational institutions to anyone with a registered email address. Since then, Facebook has grown to become the top social media platform.

Zuckerberg has also emerged as a major philanthropist, having pledged to direct tens of billions of dollars to a range of causes. Over their lifetimes, he and his wife, Priscilla Chan, a pediatrician and 2007 Harvard College graduate, have pledged to donate 99 percent of their Facebook shares through the Chan Zuckerberg Initiative (CZI), which is committed to advancing human potential and promoting equal opportunity. Through their work with CZI, they have pledged to spend more than $3 billion over the next decade to work with scientists, doctors, engineers, and universities to cure, prevent, or manage diseases.

They have focused on bringing the power of personalized learning to students across the country and are working with governments and other policymakers to accomplish these ambitious goals. Zuckerberg and Chan’s philanthropy has also included donations to schools and educational organizations across the Bay Area, San Francisco General Hospital, and the Centers for Disease Control.

“Mark Zuckerberg understands the power of connection, and the importance of creating community,” said Martin Grasso, president of the Harvard Alumni Association. “Harvard alumni and students will be eager for this opportunity to hear from someone who through hard work and dedication has transformed the way we connect to each other and the world.”

Zuckerberg will speak during the Afternoon Program at the annual meeting of the Harvard Alumni Association, held in Harvard Yard’s Tercentenary Theatre between Widener Library and the Memorial Church.

For a full schedule of Commencement Week events, visit its website.