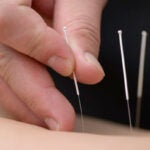 Playful and agile sea lions. Translucent shrimp smaller than your thumb. Silhouettes of reef sharks. Some of the world’s most remote coral reefs. These are a few of the colorful, magnificent marine creatures that the underwater photographer Keith Ellenbogen captures through his expeditions for marine conservation.

Ellenbogen explores ocean ecosystems — from as far as away as Malaysia, Madagascar, and the Phoenix Islands in the central Pacific to as close as the cold Atlantic waters near his Brooklyn home — to unveil and document often-unknown undersea activities. His inspiring images have helped conservation efforts and brought public awareness to issues affecting marine habitats and life.

Through his work, Ellenbogen hopes to convey the “kinds of animals and diversity of animals that are within the ocean.” He emphasizes that photography is uniquely able to “capture people’s minds and attention” and “spark a level of interest in people to understand the complexity of an ecosystem and an environment.”

Ellenbogen will give a public talk, “Ocean Photography: Inspiring Conservation,” on Monday at 5 p.m. at the Radcliffe Institute for Advanced Study. There he will explore the artistry of ocean-based wildlife photography, share the technical challenges of underwater environments, and highlight the intersection between art and conservation and how photography can spark positive social change.

Always awed by the marine world, Ellenbogen was a volunteer at the New England Aquarium as a teenager. Fast forward to today, where he still works with organizations like the New England Aquarium to help people “understand a little bit more about the world around us.” Over the past four years, Ellenbogen has worked with the New York Aquarium and Wildlife Conservation Society to showcase the wildlife — including coastal fish, mola, sea turtles, and sharks — that makes its home in the waters off New York, a location that he names as the most extraordinary underwater location to photograph, to many people’s surprise.

The craft of ocean photography is the perfect confluence of Ellenbogen’s interests in arts and diving, both of which began at an early age. His grandfather was an amateur photographer, and he grew up popping in and out of the darkroom. After his grandfather gave him his first underwater camera, a Nikonos V, he put it to use as he learned to dive in Massachusetts waters. Since then, marine environments have proved to be his most interesting subject. He says capturing images of sea life is “incredibly creative: the color patterns, the textures, the body shapes, and their behaviors.”