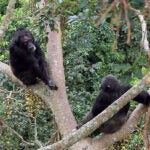 Galileo called mathematics the “language with which God wrote the universe.” He described a picture-language, and now that language has a new dimension.

The Harvard trio of Arthur Jaffe, the Landon T. Clay Professor of Mathematics and Theoretical Science, postdoctoral fellow Zhengwei Liu, and researcher Alex Wozniakowski has developed a 3-D picture-language for mathematics with potential as a tool across a range of topics, from pure math to physics.

Though not the first pictorial language of mathematics, the new one, called quon, holds promise for being able to transmit not only complex concepts, but also vast amounts of detail in relatively simple images. The language is described in a February 2017 paper published in the Proceedings of the National Academy of Sciences.

“It’s a big deal,” said Jacob Biamonte of the Quantum Complexity Science Initiative after reading the research. “The paper will set a new foundation for a vast topic.”

“This paper is the result of work we’ve been doing for the past year and a half, and we regard this as the start of something new and exciting,” Jaffe said. “It seems to be the tip of an iceberg. We invented our language to solve a problem in quantum information, but we have already found that this language led us to the discovery of new mathematical results in other areas of mathematics. We expect that it will also have interesting applications in physics.”

When it comes to the “language” of mathematics, humans start with the basics — by learning their numbers. As we get older, however, things become more complex. 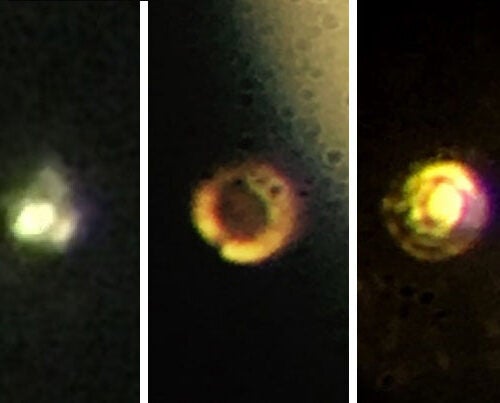 “We learn to use algebra, and we use letters to represent variables or other values that might be altered,” Liu said. “Now, when we look at research work, we see fewer numbers and more letters and formulas. One of our aims is to replace ‘symbol proof’ by ‘picture proof.’”

The new language relies on images to convey the same information that is found in traditional algebraic equations — and in some cases, even more.

“An image can contain information that is very hard to describe algebraically,” Liu said. “It is very easy to transmit meaning through an image, and easy for people to understand what they see in an image, so we visualize these concepts and instead of words or letters can communicate via pictures.”

“So this pictorial language for mathematics can give you insights and a way of thinking that you don’t see in the usual, algebraic way of approaching mathematics,” Jaffe said. “For centuries there has been a great deal of interaction between mathematics and physics because people were thinking about the same things, but from different points of view. When we put the two subjects together, we found many new insights, and this new language can take that into another dimension.”

In their most recent work, the researchers moved their language into a more literal realm, creating 3-D images that, when manipulated, can trigger mathematical insights.

“Where before we had been working in two dimensions, we now see that it’s valuable to have a language that’s Lego-like, and in three dimensions,” Jaffe said. “By pushing these pictures around, or working with them like an object you can deform, the images can have different mathematical meanings, and in that way we can create equations.”

Among their pictorial feats, Jaffe said, are the complex equations used to describe quantum teleportation. The researchers have pictures for the Pauli matrices, which are fundamental components of quantum information protocols. This shows that the standard protocols are topological, and also leads to discovery of new protocols.

“We could describe this algebraically, and it might require an entire page of equations,” Liu added. “But we can do that in one picture, so it can capture a lot of information.”

Having found a fit with quantum information, the researchers are now exploring how their language might also be useful in a number of other subjects in mathematics and physics.

“We don’t want to make claims at this point,” Jaffe said, “but we believe and are thinking about quite a few other areas where this picture-language could be important.”