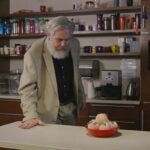 An unusual case of a rare anemia is opening scientists up to a new way of thinking about how to adapt and employ cytokines, messenger molecules of the blood and immune system, as tools for treatment — tools that are more analog than digital — and to illustrate the promise of precision medicine.

Cytokines are workhorses of a vast messaging network used by the blood and immune systems. These proteins influence all manner of activity in these systems, from inflammation to resolution, cell production to cell death.

Conventional wisdom has held that cytokines are “digital,” in that they either bind to a cellular receptor — triggering a cascade of signals within the cell — or they don’t. If a mutation prevents perfect binding, no cascade. There is no middle ground.

But maybe there is. A rare case of a rare disease has led an international research team headed by Broad Institute of Harvard and MIT associate member Vijay Sankaran of Dana-Farber/Boston Children’s Cancer and Blood Disorders Center, postdoctoral fellow Ah Ram Kim, and Yale University’s Daryl Klein to propose an “analog” view of cytokine function. It may be, as they show in Cell, that cytokine mutations that affect not whether a protein and receptor interact, but the quality of that interaction, can tune a cell’s biochemical response, triggering some signals and not others.

This insight could give researchers an opening to develop cytokine-based therapeutics tailored to elicit particular activities — potentially a boon for people suffering forms of cancer, kidney disease, blood disorders, and more.

The story of how the team came to this understanding begins with a child.

A few years ago, Sankaran’s colleagues at Dana-Farber/Boston Children’s (where he is a pediatric hematologist/oncologist) cared for a young boy diagnosed with Diamond-Blackfan anemia (DBA), a rare blood disorder in which the bone marrow cannot produce red blood cells (RBCs). Transfusions kept the disorder more or less at bay, but when the boy was 6, his family and physicians agreed it was time for a bone marrow transplant.

“A transplant cures most cases of DBA,” said Sankaran. “But the child still required transfusions [after the procedure], which is very unusual for this disorder.” (Ultimately, the child passed away from a transplant-related complication.)

Also unusual was the fact that neither of the boy’s parents, who are first cousins, showed signs of the disorder.

“Most of the mutations that cause DBA are transmitted from parent to child in a dominant fashion,” said Sankaran. “But because neither parent was affected, we wondered whether in this case there might be another, recessive cause.”

Whole exome sequencing of the boy’s DNA did not uncover any of the known DBA-related gene mutations. It did, however, reveal a mutation in the gene for erythropoietin (EPO), a cytokine that controls RBC production.

As Sankaran and his collaborators probed more deeply into the boy’s case, a picture of a devastating cellular miscommunication began to emerge.

First, the boy’s medical records revealed that his blood EPO levels — monitored during his transfusion treatments — were consistently 100 times higher than normal.

Second, the mutation itself (a change in a single base pair) is not recorded in the Exome Aggregation Consortium (ExAC) database, suggesting it is exceedingly rare.

Third, when the team studied the mutated gene’s altered protein product, they found the mutation did not change whether the protein could bind to its receptor, EPOR, on blood precursor cells. Rather, it changed the cytokine’s binding kinetics — the rates at which EPO and EPOR bound (associated) and unbound (dissociated). The mutant protein’s association rate was 12 times higher than a normal EPO’s; its dissociation rate, 233 times higher.

Normally, when tripped by EPO, EPOR alerts three transcription factors — STAT1, STAT3, and STAT5 — to kick-start the gene program for RBC production. However, Sankaran and Klein’s team found, the mutant EPO’s quick hit did not provide EPOR a strong enough nudge to alert STAT1 and 3. Without them, the blood precursors could not start making RBCs.

So the boy’s body, sensing the lack of RBCs, kept churning out EPO, pleading with the bone marrow to make the cells it needed. But because of the mutation, EPOR could not hear the message well enough to do its job.

Tuning in to a new idea

In addition to explaining the child’s grave disease, the findings suggest something new: a different way to think about adapting cytokines therapeutically.

“In hematology and immunology, people tend to think about cytokines as working like on and off switches,” Sankaran said. Doctors commonly use or manipulate EPO and other cytokines to treat cancer, autoimmunity, immunodeficiencies, and other conditions, he said. “But what we’re learning is that maybe they can be tuned.”

Sankaran points to G protein-coupled receptors (GPCRs) — a family of multifunctional receptors and popular drug development targets — as a framework for thinking about the tunable cytokine activity he and his teammates propose. By modifying a cytokine and altering how it interacts with its receptor, it may be possible to nudge that receptor toward a therapeutic response and away from a deleterious one.

“Maybe we could do better and design agents that act to stimulate some cell types or signaling pathways better than others,” Sankaran mused. “There are other cytokines that we know can stimulate blood production, but that we haven’t used because they have a lot of side effects. Those are the kinds of problems that we’d like to tackle now that we have this knowledge.”

As this story started with a child, so too does it end with one.

As Sankaran and Klein were revising their work for publication, the boy’s parents had another baby, a little girl. She too was profoundly anemic, had sky-high blood levels of EPO, and had the same EPO mutation.

Leveraging what they learned from her brother’s case, Sankaran asked his clinical partners to start treating the infant with recombinant EPO. So far, it seems to be turning the tide.

“We always say as geneticists that our goal is to be able to understand a mutation, translate that, and develop a therapy,” Sankaran said. “So we were really frustrated when we finally understood her older brother’s diagnosis because we have recombinant EPO and use it regularly. We could have saved his life, but just didn’t have that opportunity.

“Here we had a chance to take a precision medicine approach, and it’s working remarkably well,” he continued. “It’s incredibly satisfying to be able to take what we’ve learned, put it into practice, and help a child and family.”