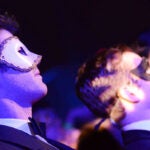 April 1, 2010, brought a welcome surprise for Shaunte Butler: an acceptance email from Harvard College. The Miami native sat frozen at her computer for several minutes, letting it sink in that she was admitted to the Class of 2014. Hugs and kisses from her mother and excited phone calls to friends soon followed.

The importance of a college education was never in question at Butler’s Florida home, where her mother, Lisa Winchester, reminded her two children daily about the pivotal importance of a strong education. It was a message that Winchester took from her grandmother, whose mantra was, “You’ve got to learn the books.”

“What she instilled in my family,” said Winchester, “was everyone was going to school.”

Yet as a single parent who worked two jobs to support her family, Winchester knew that paying for her children’s college tuition without major loans would require strong financial support. Her daughter knew that, too. With her strong academic record, Butler had a number of Ivy League schools in sight. While preparing her college applications, she had researched financial aid options online and found that many of her top choices fully covered tuition for students whose families made less than $65,000 a year.

Still, Butler was skeptical about Harvard.

“I knew Harvard fell into that category,” she said. “I think I was just still a little discouraged from applying just because of some stereotypes in my mind that Harvard wouldn’t accept students from low-income backgrounds.”

In fact, Harvard’s financial aid is among the most generous in the country and never requires students to take out loans to cover the cost of their education. Since launching the Harvard Financial Aid Initiative in 2005, the College has awarded nearly $1.6 billion in grant aid to undergraduates. More than half of students receive some form of need-based financial aid, and the majority of students pay just 10 percent of their annual family income.

“Our program is really designed to remove the financial barriers that may exist for students as they contemplate their college choice,” said Sally Donahue, Harvard’s director of financial aid. “Our goal is to have families contribute to the extent that they are able, and then to have Harvard fill in the gaps, making Harvard affordable for all families.”

To ease the burden of everyday expenses, Harvard launched a start-up grant program last year that awards incoming freshmen whose annual family incomes are less than $65,000 an additional $2,000 to help them transition to College.

Ensuring that a Harvard education is within financial reach for all qualified students is one of the primary goals of The Harvard Campaign, said Donahue.

“I can’t think of a better investment of University resources than making it possible for us to be able to continue to recruit students of talent from around the world, admit the best students regardless of their financial background, and then train them to be citizen leaders in the world.”

One of Butler’s high school teachers kept urging her to apply to Harvard. “I just don’t think I am going to get in,” she told him. He countered that not applying would be “making a big mistake.” His comment worked.

Butler graduated in 2014 with a degree in neurobiology. Today she is a first-year student at the Yale School of Medicine. Down the road, she hopes to work in public health to reduce medical disparities between income groups.

On a recent trip to Florida, Butler stopped by her alma mater, Miami Northwestern Senior High School, with Harvard President Drew Faust, where they encouraged students to attend college after graduation. Butler told the teens to aim high and reminded them that Harvard’s generous aid package, like that of many Ivy League schools, makes the College affordable.

“I was letting them know… since they go to Miami Northwestern they are likely to fall under the same financial aid I did, where they don’t have to apply for anything extra, [and that] they will get fully covered for all four years, and that Harvard even provides a little bit of money for student activities.”

In addition to covering tuition costs, Harvard’s financial aid includes things such as the Winter Coat Fund, which helps students buy cold-weather gear, and the Student Events Fund, “so you don’t have to worry about going to fewer student activities just because of money,” said Butler.

“Harvard is really generous with financial aid,” she said, “and Harvard just really ensures that when you get to the school, your money won’t make a difference in your social life.”

Winchester fulfilled her own college dreams in 2014, graduating from Barry University in Miami with a joint bachelor’s and master’s degree in public administration, just a couple of months before Butler.

Recalling her daughter’s College career, Winchester said, “The word that comes to mind is amazing — amazing and grateful.” Harvard’s financial backing, she said, “was just beyond our wildest dreams.”