Using a smartphone to screen for male infertility 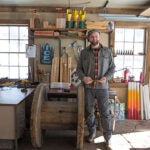 More than 45 million couples worldwide grapple with infertility, but current standard methods for diagnosing male infertility can be expensive, labor-intensive, and require testing in a clinical setting.

Cultural and social stigma, and lack of access in resource-limited countries, may prevent men from seeking an evaluation. Investigators at Harvard-affiliated Brigham and Women’s Hospital (BWH) and Massachusetts General Hospital (MGH) set out to develop a home-based diagnostic test that could be used to measure semen quality with a smartphone-based device. New findings by the team indicating that the analyzer can identify abnormal semen samples based on sperm concentration and motility criteria with approximately 98 percent accuracy are published online in today’s Science Translational Medicine.

“We wanted to come up with a solution to make male infertility testing as simple and affordable as home pregnancy tests,” said Hadi Shafiee, a principal investigator in the Division of Engineering in Medicine and Renal Division of Medicine at BWH. “Men have to provide semen samples in these rooms at a hospital, a situation in which they often experience stress, embarrassment, pessimism, and disappointment. Current clinical tests are lab-based, time-consuming, and subjective. This test is low-cost, quantitative, highly accurate, and can analyze a video of an undiluted, unwashed semen sample in less than five seconds.”

A smartphone-based test for male fertility

The analyzer consists of an optical attachment that can connect to a smartphone and a disposable device onto which a semen sample can be loaded. The new test utilizes the advancements in consumer electronics and microfabrication. A disposable microchip with a capillary tip and a rubber bulb is used for simple, power-free semen sample handling. The team also designed a user-friendly smartphone application that guides the user through each step of testing, and a miniaturized weight scale that wirelessly connects to smartphones to measure total sperm count.

To evaluate the device, the research team collected and studied 350 clinical semen specimens at the MGH Fertility Center. Overall, the smartphone-based device was able to detect abnormal semen samples based on WHO thresholds for sperm concentration and motility (sperm concentration less than 15 million sperm/ml and/or sperm motility less than 40 percent) with an accuracy of 98 percent. The team also evaluated how well both trained and untrained users performed the test using the smartphone-based device.

“The ability to bring point-of-care sperm testing to the consumer, or health facilities with limited resources, is a true game-changer,” said John Petrozza, a co-author of the study and director of the MGH Fertility Center. “More than 40 percent of infertile couples have difficulty conceiving due to sperm abnormalities and this development will provide faster and improved access to fertility care. By working with Dr. Shafiee and his lab at BWH, and utilizing our clinical fertility expertise here at MGH, we have really been able to create a product that will benefit a lot of people.”

Shafiee’s team, which focuses on developing new technologies using microfluidics, sees many applications for the technology. In addition to at-home male fertility testing for couples trying to conceive, the device could also be used by men who have had a vasectomy. Usually, men must go for office visits with a urologist for several months after the surgery to ensure that the operation was successful; the new test may allow them to be monitored at home. The test could also be used by animal breeders to confirm the quality of a sample. Beyond semen analysis, the device is also compatible with testing blood and saliva samples.

“My job is to try to understand some of the problems patients and physicians face in the clinic and to help develop new solutions. We are always thinking about what’s next and how to develop something new,” said Shafiee, who is an assistant professor of medicine at Harvard Medical School.

The smartphone-based analyzer for semen analysis is currently in a prototyping stage. The team plans to perform additional tests and will file for FDA approval.