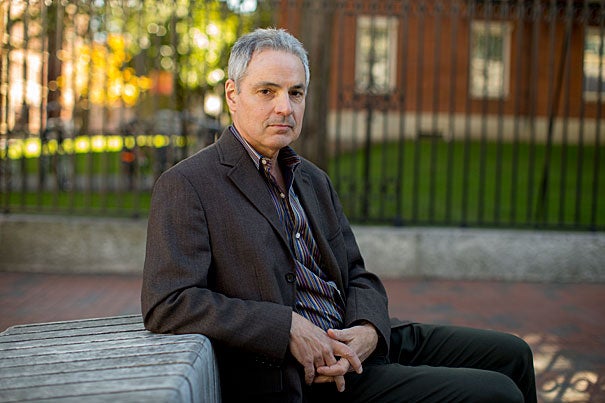 In Oklahoma, Pruitt prided himself on fighting the agency he will now run, with his website describing him as “a leading advocate against the EPA’s activist agenda.” He sued the agency to fight regulation and expressed doubt about the human causes of climate change, though he moderated those views in his confirmation hearings.

Robert Stavins is the Albert Pratt Professor of Business and Government at the Harvard Kennedy School, director of the Harvard Project on Climate Agreements, and a past member of the EPA’s Science Advisory Board. The Gazette asked him about the EPA’s future under Pruitt.

GAZETTE: Who is Scott Pruitt, and why are environmentalists so alarmed?

STAVINS: As the former attorney general of Oklahoma, he took the lead in numerous lawsuits against the Obama EPA, nearly all of which were essentially moves to roll back proposed or existing environmental regulations. This includes the lawsuit from 28 state attorneys general regarding the Obama administration’s Clean Power Plan. Although he seemed to moderate his views somewhat during his confirmation hearings, he has been a frequent voice of skepticism regarding the reality of climate change and the importance of addressing it.

GAZETTE: What do the lawsuits he was involved in tell us about Pruitt’s views on the agency?

GAZETTE: What have Pruitt and President Trump said about plans for the agency?

STAVINS: During the campaign, President Trump said quite a bit, including that he would eliminate the EPA. But there’s no reason to pay much attention to what Trump says, in my opinion, because — among other reasons — tomorrow he may deny he ever said it. Pruitt, understandably, has not said what his plans are, but given his record, the expressed views of the president, the White House staff — in particular, Stephen Bannon — Vice President [Mike] Pence, and the Republicans in the Congress, it is reasonable to anticipate significant attempts to roll back regulations, where feasible.

GAZETTE: What environmental policies are most likely to be targeted?

STAVINS: First, climate policies. Second, other policies that reduce the attractiveness of fossil-fuel production and consumption. Third, some energy-efficiency policies, such as CAFE [fuel-efficiency standards for motor vehicles]. Fourth, all other environmental policies, except for those that directly and dramatically protect human health and are locally popular, such as drinking water standards.

GAZETTE: Is a lack of progress on environmental protection perhaps the best that people concerned about the environment can hope for looking forward?

STAVINS: I think that’s right, although given the pace of climate change, many people would say a lack of progress is going backward.

GAZETTE: Pruitt has said he opposes EPA policies in part because that should be the states’ job. What is the objection to that approach? Could the states do more?

STAVINS: For some environmental problems that are truly localized, there is little argument against a state approach, whereby states or even local governments take the lead. However, the fear among some is that this will lead to a so-called race to the bottom. That was a prime motivation for Congress getting involved in environmental policy in the 1970s. However, for environmental problems that are interstate — Ohio coal plants emit SO2, which causes acid deposition in New York and Maine, for example — a state-by-state approach is highly unlikely to be effective. And for a global commons problem, such as climate change, the federal government really should take the lead, although California and the Northeast will not sit on their hands.

GAZETTE: I haven’t heard much about the Paris Agreement since the president took office.

STAVINS: In the world I inhabit, it’s talked about every day. People watched very carefully Secretary of State Rex Tillerson’s confirmation hearings, because he made some positive statements in the past about the Paris Agreement, as he had previously. Exxon Mobil, on the day that the Paris Agreement came into force, which was Nov. 4, not long before the election, issued a strong statement in support of it — essentially that it is an important agreement to address a significant world problem.

And during the confirmation hearings, [Tillerson] was asked about this, because the president has said [climate change is] a hoax. Tillerson distanced himself from that. And he was also asked about the president saying he will tear up or renegotiate the Paris Agreement. What Tillerson said was that it’s important that we maintain a seat at the table. So people were very encouraged by that.

GAZETTE: To shift to regulation, where Pruitt would have a much larger say, is the Clean Power Plan the big thing to watch with regard to climate, EPA, and regulations at this point?

STAVINS: Well, even if Hillary Clinton had been elected, the Clean Power Plan might well have been partly gutted by the Supreme Court. Even if Merrick Garland or a Garland-like person had been on the Supreme Court, with Hillary as president, there are parts of the Clean Power Plan which neutral legal observers would themselves say are on shaky ground.

GAZETTE: How hard or how easy would it be to generally roll back environmental regulations?

STAVINS: If they were promulgated in the last 90 days of an administration, then it’s not very difficult. But once they’ve already come into force, essentially new regulation is required. If the previous regulation — through millions of comments, in the case of the Clean Power Plan — was justified on the basis of science or economics, then the new administration would have to come up with new facts or a reason why the previous assessment was incorrect. They would have to come up with contrary evidence, and then go through a comment period. So it’s quite difficult to change regulations, unless there’s new information.

GAZETTE: Broadly, what do you see ahead with regard to the next four years of federal regulation of the environment?

STAVINS: I anticipate, as of now, little if any new, more stringent environmental regulation, and selective attempts to roll back environmental regulations, particularly in the climate change domain — the Clean Power Plan is the poster child. But for the international dimensions of climate change policy, it’s still an unknown, because Tillerson could be a moderating influence as secretary of state.

GAZETTE: What do you expect from the states?

STAVINS: It was no more than a few days after President Trump was elected last November that Gov. Jerry Brown in California announced that California would not only move ahead with its climate policies, but do so more aggressively than ever. Since then, that is exactly what has been happening. So the enthusiasm, the support, and the momentum for climate policy in California is greater than it probably would have been had Hillary been elected. Likewise, Oregon and Washington are moving forward. There’s now more support in New England and the Middle Atlantic states for the Regional Greenhouse Gas Initiative to possibly become more stringent, so there will be considerable action within the states. If you wanted to ask which states, well, it’s essentially the blue states from the last election, which is mainly the two coasts, plus parts of the Midwest.

GAZETTE: Is that sufficient?

STAVINS: Geographically, if you look at a map, it’s a very small part of the country in terms of area, but in terms of population, we know that it’s about 50 percent. In terms of industry, it’s more than 50 percent, because so much economic activity and therefore emissions is found on the two coasts. So it’s significant, it’s certainly necessary, but I would not say it’s sufficient.