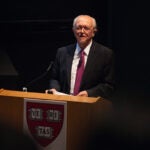 No cookie-cutter fixes on air pollution

Unless social and economic inequalities are addressed, sustainability efforts in urban centers will likely stall or never take hold, according to a new Harvard study.

Authored by Robert Sampson, the Henry Ford II Professor of the Social Sciences, the study suggests that technological approaches must be accompanied by efforts to reduce those inequalities, create strong, long-lasting neighborhood social networks, and foster greater citizen interaction with government if sustainability projects are to be successful. The research is described in a recent paper in the Proceedings of the National Academy of Sciences.

“With the advent of big data and explosion in computing power, there’s been a great deal of attention paid to the notion of ‘smart cities’ that coordinate the operation of the various municipal systems, like power, energy, water and transportation,” he said. “While that is important, it needs to be balanced with the social structure of cities.”

Drawing on multiple studies conducted in Boston, Chicago, and Los Angeles, Sampson was able to identify a handful of ways in which inequality affects sustainability, and to develop a theoretical framework and tools for how to measure whether efforts to confront it are effective.

“The inequalities we’re talking about here are more than just economic,” Sampson said. “They’re also racial, in the sense of the social isolation of particular neighborhoods, which in turn is related to problems like violence.”

How do problems like violence and social disengagement affect sustainability?

“These things are all corrosive to the social structure, and that is deeply, in and of itself, part of a sustainable community,” Sampson said. “One example I use in the study is the country of Colombia. The war there has gone on for decades, and was so severe that it undermined the ecological stability of the entire country because the government was unable to take action on sustainability. If you think about the bandwidth of a society or of a neighborhood, these fundamental ruptures in the social structure — violence, fear, withdrawal, isolation — they matter to sustainability.”

It isn’t only the social structure of neighborhoods or nations that can be undermined by inequality — differences in government investment and perceived legitimacy can also leave long-lasting scars. 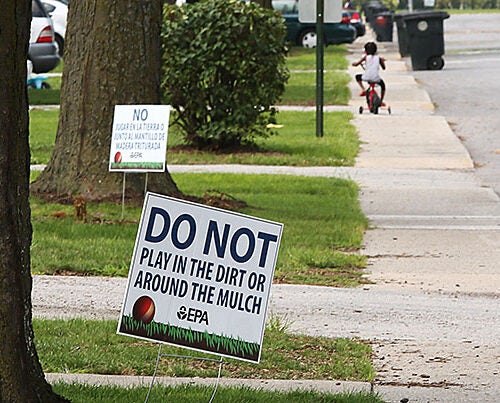 “This is crucial because technological systems depend on the interaction of citizens,” Sampson said. “The extent to which citizens are reporting not just emergencies, but quality of life issues like building conditions, illegal garbage dumping, or rat infestations is an indicator of the extent to which people are trusting of the state.”

As part of the Boston Area Research Initiative, Sampson and colleagues analyzed more than a million calls to both 911 and Boston’s 311 system for non-emergency issues like graffiti, broken street signs, and potholes, and found that usage of both varied widely by neighborhood.

“This pattern is related to what we call legal cynicism,” Sampson said. “Citizens in communities that have been subject to severe concentrations of poverty and have seen the withdrawal of services … they tend to be mistrustful of official authority.

“We have seen this play out across the country in recent years with regard to police shootings,” he continued. “But there is also a correlation between that inequality and a lack of reporting on health and other sustainability issues in these neighborhoods.”

In an effort to quantify how various factors affect sustainability from city to city and neighborhood to neighborhood, Sampson and colleagues developed “ecometrics.” The approach is designed to measure everything from citizen engagement to the existence and health of informal social networks, and the implications for sustainability.

“Our approach is partly driven by the kinds of data we’re now seeing,” Sampson said. “We’re talking millions of records, but the data that are being generated are mainly for administrative purposes … so the raw data themselves are almost uninterpretable.”

As an example, he said, residents of Beacon Hill may report more instances of graffiti than other neighborhoods, but more reports don’t necessarily reflect more graffiti.

“It doesn’t automatically mean Beacon Hill residents are more pro-social,” Sampson said. “And it may not mean there is more graffiti in their neighborhood — it could simply indicate that they are more likely to report instances of graffiti because of successful past experiences with reporting.

“We don’t know what’s going on just from the number of reports — there’s no context,” he said. “What we’re trying to do is take that data and produce a meaningful indicator … so we can make comparisons and understand what one area may be doing that another isn’t.”