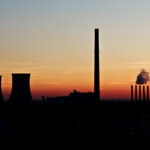 Amid today’s interparty rancor, health care experts looked back on Monday at more tranquil times — say, December 2016 — when Democrats and Republicans worked together to pass legislation to fight cancer and other diseases, to boost research funding, and to speed potentially life-saving innovations to market.

Panelists at the Harvard T.H. Chan School of Public Health wondered whether the legislation, signed by President Barack Obama on Dec. 13, will live up to its promise. The 21st Century Cures Act authorizes $6.3 billion over 10 years in additional research spending, much of it for the National Institutes of Health (NIH), which is a major funding source for academic studies around the country.

The act authorized such spending, yet panelists pointed out that doesn’t mean the money definitely will be in the budget, because it still must survive the scrutiny of both the new administration and Congress.

Some panelists also cautioned that the act’s promise to speed new drug approval by the Food and Drug Administration (FDA) — intended to get new treatments to patients quicker — may yet have a downside. Running clinical trials takes time. By speeding the process, compounds may get onto the market that are not as thoroughly tested as in the past. Otis Brawley, chief medical officer for the American Cancer Society, said mere ineffectiveness is not the worst thing that can happen with a new drug. In the past, people have been harmed by flawed compounds and medical devices meant to help.

“I hope we don’t do that in the future, but I fear we will,” Brawley said.

Brawley described the act as a compromise, and he and other panelists hailed its promised increase in research funding. The funding is allocated mainly to brain research, precision medicine, and regenerative medicine. It also will support the “Beau Biden Cancer Moonshot,” named after former Vice President Joe Biden’s son, who died of brain cancer in 2015.

Aaron Kesselheim, associate professor of medicine at Harvard Medical School and Brigham and Women’s Hospital and director of the Program on Regulation, Therapeutics and the Law, pointed out that NIH funding has held roughly flat for more than a decade, resulting in a decline, when inflation is considered, of 22 percent.

Jeffrey Drazen, editor in chief of the New England Journal of Medicine, said it would be “wonderful” if the promised funding is actually approved, but he warned of a continuing concern that funding would fluctuate year to year, which would disrupt research begun when funding is up, forcing abandonment of potentially promising new ideas.

“The NIH is undergoing a slow strangulation,” Drazen said. “Money is what drives research. You need the resources when you have an idea.”

Drazen and the other panelists spoke at The Forum at Harvard T.H. Chan School of Public Health. The event, “The 21st Century Cures Act: Implications for Research and Drug Development,” was co-sponsored by the medical news web site STAT.

Both Kesselheim and Brawley raised some concern about speeding up the FDA’s drug approval process, saying that will result in decisions based on less-rigorous science. Brawley said that means more drugs will be approved whose negative or harmful effects won’t be detected until they’re in broader use. That is why, he said, the FDA should boost post-approval monitoring so that drugs that prove harmful once on the market can be quickly detected and recalled.

“Many parts of the bill overemphasize speed over science,” Kesselheim said.

However, Pamela Tenaerts, executive director of the Clinical Trials Transformation Initiative, disputed whether a faster approval process means a less rigorous one. The shift does allow the agency to consider additional evidence, such as patient experience, which she said would provide potentially valuable perspective about how a drug performs in the real world. She agreed, however, that smaller trials are not as revealing as large clinical trials, and that it’s important that patients enrolled be apprised of risks involved.

The changed medical and health care landscape may also make it tougher to run large clinical trials, Brawley said. In the 1980s, when he did a lung cancer trial, there were believed to be two major types of lung cancer, and researchers were able to run trials with 200 subjects each. Genetic testing has since revealed that there are about 80 types of lung cancer and it’s harder to find people with each subtype, meaning that trials on specific types are much smaller, and so their conclusions have less scientific rigor.

Much of the law’s success, Brawley and Drazen said, will hinge on the abilities of FDA officials to wield the additional flexibility that the statute allows them to grant wisely.

“I look at the current FDA and see some wise people there with a good track record,” Brawley said. “I think they’ve walked a very fine tightrope.”