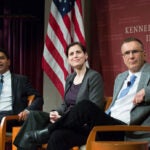 A new global collaborative study has confirmed that vitamin D supplementation can help protect against acute respiratory infections. The study, a participant data meta-analysis of 25 randomized controlled trials including more than 11,000 participants, has been published online in The BMJ.

“Most people understand that vitamin D is critical for bone and muscle health,” said Carlos Camargo of the Department of Emergency Medicine at Massachusetts General Hospital (MGH), the study’s senior author. “Our analysis has also found that it helps the body fight acute respiratory infection, which is responsible for millions of deaths globally each year.”

Several observational studies, which track participants over time without assigning a specific treatment, have associated low vitamin D levels with greater susceptibility to acute respiratory infections. A number of clinical trials have been conducted to investigate the protective ability of vitamin D supplementation, but while some found a protective effect, others did not. Meta-analyses of these trials, which aggregate data from several studies that may have different designs or participant qualifications, also had conflicting results.

The investigators found that daily or weekly supplementation had the greatest benefit for individuals with the most significant vitamin D deficiency (blood levels below 10 mg/dl) — cutting their risk of respiratory infection in half — and that all participants experienced some beneficial effects from regular vitamin D supplementation. Administering occasional high doses of vitamin D did not produce significant benefits.

“Acute respiratory infections are responsible for millions of emergency department visits in the United States,” said Camargo, who is a professor of emergency medicine at Harvard Medical School. “These results could have a major impact on our health system and also support efforts to fortify foods with vitamin D, especially in populations with high levels of vitamin D deficiency.”

The study was funded by a grant from the National Institute of Health Research (U.K.).