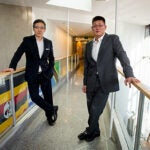 With marijuana legalization advancing in several states, including Massachusetts, scientists are working to answer questions about the drug’s effectiveness as a medicine and its impact on health and the brain.

In doing so, they face a disconnect between state and federal policy, including marijuana’s continued categorization as a Schedule I controlled substance by the U.S. Drug Enforcement Administration and the Food and Drug Administration.

Staci Gruber, an associate professor of psychiatry at Harvard Medical School and director of the MIND program (Marijuana Investigations for Neuroscientific Discovery) at McLean Hospital, has explored the effects of both recreational and medical marijuana. She thinks state marijuana legalization policy has run ahead of science.

The Gazette talked to Gruber about the limits of marijuana research and the roadblocks scientists face in their quest to learn more.

GAZETTE: Is the science on the health effects of marijuana settled enough for lawmakers to make informed public health decisions about recreational and medical marijuana?

GRUBER: The question “Is the science settled enough?” is a good one and the answer in my mind at this point is “No, not yet.”

There is an awful lot that we don’t know. What we do know primarily comes from studies of chronic, recreational marijuana users. There is still a lot left to learn about the effects of less frequent, casual use. Also, there are a number of differences between recreational and medical marijuana use. Recreational and medical users very often differ quite strikingly with regard to what they use, how they use, etc. Some of the products may overlap but the indications for use and what they expect to get out of using marijuana are usually very, very different. Frequency and magnitude are often very different, as is mode of use. A lot of recreational users might, for example, enjoy using concentrates. It’s less common in medical users, who are not looking for super high THC-containing products all the time.

When we think about legalization we always like to have science inform policy. In this particular case, it seems to me that policy has outpaced science. These products are widely available but to date, we have no studies on the direct impact of concentrates versus flower products on our recreational or medical users — which is important, especially given concerns for our youngest users.

There’s been an awful lot of excitement — and much of it is well founded — about the potential for medical cannabis use. [But] there’s a striking paucity of research on the use of medical cannabis, and it’s been around since at least 2700 or so B.C. It’s not that there’s nothing out there, it’s that there’s no large, clear, clinical, or empirically sound research trials that tell us what I would consider everything we need to know. That is why we started the MIND program here at McLean Hospital.

GRUBER: For the better part of two decades, we’ve been looking at the effects of recreational marijuana on measures of cognitive performance, specifically executive functions, those that are mediated by the frontal part of the brain.

In general, what we’ve been able to glean from those research studies, along with the work of many colleagues across the country and across the world, is that overall, individuals who use marijuana look different from those who don’t in very specific cognitive domains. The most striking differences, however, are between those with early onset of use — people who use regularly prior to age 16 — versus those who use later. When you group marijuana users together — regardless of their age of onset — you may or may not see differences between them compared to control subjects. [But] once you separate the marijuana users into those with early versus late onset and then compare to controls, almost all the differences with regard to executive function are driven by the early onset group.

We also see the same types of differences in measures of brain function and structure, so it’s a consistent picture. It’s not that recreational marijuana consumers do terribly across the board in every cognitive domain. Specifically, with regard to executive function, the early onset users look worse than controls and definitely different from those with later onset in many cases.

The first study from the MIND program looked at a group of medical marijuana patients who were certified for medical marijuana use for a number of indications and conditions. We have patients who are using marijuana for anxiety, for chronic pain, for PTSD, for sleep dysfunction. What we found was that at the three-month visit, individuals did not look worse on measures of cognitive function, despite the fact that they had started using medical marijuana. In fact they looked better. They showed some improvements in measures of executive functions. They also had some improvements in sleep quality and some measures of mood and quality of life.

Cognitive performance may be better because their symptoms have been addressed. We saw improvements in a subset of people who were using for chronic pain. If you feel better, it may be that the part of the brain that is processing painful stimuli all of the time is now able to do other things. So maybe you complete these cognitive tasks more efficiently.

We also saw a decrease in use of conventional medications — for example, a 42 percent reduction in opiate use. It’s a tiny sample size but that’s important because it means subjects didn’t need the same level of conventional treatment if they were also using a cannabinoid-based product.

To your point about the actual product used, it is a well-known fact that recreational users are interested in products that contain THC. That’s the main psychoactive constituent of the plant, which binds to receptors in the brain and is responsible for altering your state of being. It’s what gets you high, in other words. We have samples of patients’ products analyzed and a number of our patients are taking products that are high in CBD [cannabidiol] and other non-psychoactive cannabinoids.

It is very possible that one reason we don’t see decrements in executive performance — thus far — is because, one, the average age [of the study’s medical marijuana users] is about 49. At this age, patients are generally beyond the critical neurodevelopmental stages, which occur from childhood throughout your 20s. Number two, they’re using products that are not exclusively high in THC. In fact, as I mentioned, they’re often high in other cannabinoids that are not psychoactive, which are also less likely to exert a deleterious effect on brain function and may in some cases even be neuroprotective. 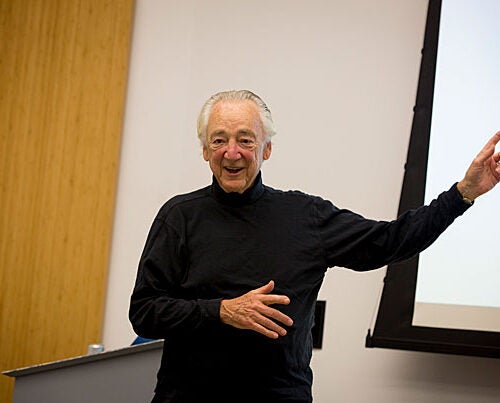 GRUBER: There’s every reason to be hopeful that at least adjunctive therapy, if not substitution therapy, with cannabinoids or cannabinoid-based products could be extraordinarily helpful for individuals who are currently on opioids. We’ve seen individuals who’ve stopped using opioids altogether. Now, is that going to be true for everyone? Probably not. Will it depend on the condition? The magnitude of the pain? The severity? Probably. But that doesn’t mean it’s something that shouldn’t be exploited and explored.

I’ve heard a lot of people express concern, “Well, we’re basically going to exchange one problem for another. We’re going to substitute an opioid addiction for a marijuana use problem.” I’m not sure that’s true. We’d need studies to prove that and so far that’s not what we’re seeing at all in the medical marijuana patients.

GAZETTE: How big a hurdle to research is the fact that the federal government is keeping marijuana a Schedule I substance?

GRUBER: Its current classification as a Schedule I substance makes clinical trials difficult. Currently, if you want to do a clinical trial of a cannabinoid or a cannabinoid-based product, you have to have your material sourced by the National Institutes of Drug Abuse. Here’s one potential problem: If you really want to understand the effects of cannabis or cannabinoids on the brain, on cognition, on brain structure, function, mood, sleep, sex — I don’t care what the variable is — it’s helpful to study what it is that people are actually using. As it stands, people can use all sorts of products I simply can’t study in a clinical trial model, which is a bit of a problem. I think a lot of people would be interested to know if their products actually work.

GAZETTE: With legalization looming here in Massachusetts, what do you think the most important thing is for the public to know?

GRUBER: I think the most important thing for the public to remember is that we are extraordinarily vulnerable creatures, not just to marijuana, but to alcohol, to injury, to illness — to lots of things — up to a certain age. Adolescents and young adults are neurodevelopmentally immature and it’s very important to keep that in mind. It’s important to keep an open dialogue with our most vulnerable consumers — our kids, our adolescents, our emerging adults. In our community outreach, we say, “Don’t tell your kids never,” because messages of abstinence don’t work. Instead of that, we say, “Just not yet. It’s worth the wait. Give your brain a chance to get to a point where it’s less likely to [be impacted] negatively.”

If it’s widely available, we have to be mindful of how people are educated and what they know. My goal as a scientist is to provide the right information — the truth — and let them make informed decisions. I would like all people, regardless of recreational or medical status, to be able to understand what’s in their weed or medicine. What exactly are you getting and what can you expect from it? That’s really the most important part: education and open dialogue. No judgment, that’s the thing.