No cookie-cutter fixes on air pollution 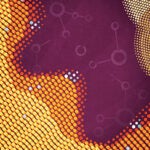 A Nobel Prize-winning chemist who identified the cause of the atmospheric ozone hole has called for new studies into air pollution in the world’s megacities, arguing that differing local conditions mean the world cannot rely on cookie-cutter solutions created in highly developed cities like Los Angeles and London.

Mario Molina, who in the 1970s identified chlorofluorocarbons, widely used as refrigerants, as a threat to atmospheric ozone, used examples of efforts to curb pollution in Mexico City and Beijing to highlight his contention that new knowledge and fresh policy solutions are needed to address the thick, sickening smog that obscures the urban air there.

In Beijing, Molina said, steps to reduce sulfur dioxide have been successful in cutting levels of the pollutant, but not in clearing the air. The reason, he said, has been highlighted by laboratory studies that show that, in addition to sulfur dioxide, nitrogen oxides and ammonia are precursor chemicals in a complex chain of reactions that result in smog.

In Mexico City, he said government efforts to curb the air pollution that regularly obscures views of the surrounding mountains have also been ineffective, because they don’t fully take into account local cultures and customs. A program to ban cars from driving on high-pollution days resulted in people buying second cars — often older and more polluting — so they could still get to work.

Molina, distinguished professor at the University of California at San Diego’s Scripps Institution of Oceanography, won the Nobel Prize in chemistry in 1995, with F. Sherwood Rowland and Paul J. Crutzen, for his work on chlorofluorocarbons and atmospheric ozone.  Molina and Rowland’s 1974 paper in Nature highlighted the threat to ozone high in the stratosphere, which shields the Earth from cancer-causing ultraviolet rays.

Resulting national regulation and 1987’s Montreal Protocol, ratified by 197 counties, have phased out the production and use of chlorofluorocarbons. In recent years, observations have shown that the Antarctic ozone hole is beginning to close. The protocol, meanwhile, has been hailed as a model of an international agreement to meet global environmental threats.

“Understanding air pollution in the big cities is … really important to understanding what the chemistry is, what the physics is,” McElroy said.

Molina, who grew up in Mexico City, said he remembers seeing the mountains surrounding the city regularly when he was young. The air pollution that obscures them today is largely due to population increases — Mexico City has expanded 20-fold since 1900, to more than 20 million people — and the emissions that come with that, he said.

Mexico City has fought pollution by following Los Angeles’ model and focusing mainly on ozone, whose levels have been reduced with some success. The effort has not done much, however, to reduce particulates, which have been proven to be harmful to human health, and traffic congestion hasn’t declined.

Molina called for improvements in public transportation as a way to cut pollution from automobiles. Part of the difficulty in encouraging people to leave their cars home has to do with a lack of viable alternatives, he said. It’s important that more research be done on both the science and policy fronts, he said. Answers found in Mexico could help developing cities in China and elsewhere, and vice versa, he said.

“We have to do our own work,” Molina said. “We don’t have all the answers.”

He expressed concern that the United States appears closer to taking the “business as usual” path of increasing carbon dioxide emissions rather than making the cuts needed to avoid dangerous global temperature increases.

He said that estimates of global temperatures climbing 4 to 5 degrees Celsius by 2100 include enough uncertainty that there is a one-in-five chance that the actual rise would top 7 degrees Celsius, or 12 degrees Fahrenheit. That could cause catastrophic changes whose solutions would be pushed off onto our grandchildren.

“One in five is a tremendous risk,” Molina said. “Not only would it cost a lot more, it is ethically unacceptable.”