A case against the drug war 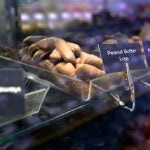 Why would medical research on a relatively new psychoactive substance cease? Why would experimentation with a drug that had promising results be stopped?

Speaking at Harvard Law School about her new memoir, “A Really Good Day: How Microdosing Made a Mega Difference In My Mood, My Marriage, and My Life,” Ayelet Waldman, J.D. ’91, focused on the social aspects of such decisions. Although “Day” chronicles her own experiences microdosing with one such substance — LSD — the author focused her hour-long talk at Wasserstein Hall on Friday on the social and racial dimensions of the war on drugs, rather than on the more personal side of the book.

“I’d been thinking about the war on drugs from a criminal justice perspective,” said the Berkeley, Calif.-based author. “I certainly never imagined I’d be taking psychedelic drugs.”

Waldman began with a history of psychoactive drugs, discussing ergot and other naturally occurring hallucinogens. In the 1930s, the Swiss pharmaceutical firm Sandos began researching both the psychoactive elements of ergot and its potential therapeutic uses. What we now know as lysergic acid diethylamide was synthesized in the Sandos labs in 1938 by chemist Albert Hofmann, who tested the substance on himself. For the next 30 years, before LSD was criminalized, thousands of tests were done and many possible medical uses explored.

In the 1960s, that experimentation was expanded on by Timothy Leary and Richard Alpert at Harvard. And that is when the trouble started, Waldman says. Citing the confluence of the Leary’s proselytizing for LSD and the rise of a counterculture critical of the Vietnam War, Waldman noted how the drug came to be seen as part of a movement to turn middle-class college students against the government. Catchphrases like “Tune in, turn on, drop out” and “Question authority,” both popularized by Leary, were threatening to the powers that be.

“Fight the war. Fight the man. Leave your parents,” she said, recalling the mottos of the time to an audience mostly way too young to remember the ’60s. “The government and lots of middle-class parents start to freak out.”

The anti-establishment rhetoric was seen by many as particularly threatening because of the era’s Civil Rights activism and the rise of radical groups such as the Black Panthers. Suddenly, Waldman said, these white college students were “aligning themselves with black people.”

In 1968, possession of LSD was made illegal in the United States.

Waldman, who has served as a federal public defender, made the case that U.S. drug policy is responsible for mass incarceration, and that the country’s first-in-the-world prison population is the direct result of a desire to control certain communities, notably people of color.

Shifting to the personal, Waldman recounted how her own mood disorder — a previously misdiagnosed premenstrual dysphoric disorder — became unmanageable as she entered perimenopause in her 40s. She cast about for relief and found, in a book, a reference to LSD as a treatment. The idea was that a very small dose — 10 micrograms — would not produce the kind of hallucinations or the euphoria of a more typical 100-microgram “trip.”

Her research led her to a YouTube lecture by psychologist and former psychedelic researcher James Fadiman, who described the microdose’s “sub-perceptual effect.”

Waldman recalled Fadiman saying that subjects on microdoses, “Don’t hallucinate. They don’t have trips, but they look back and say, ‘Huh, that was a really good day.’

“A good day is all I wanted,” said the author. “I wanted, at the end of the day, not to feel like killing myself.”

As a lawyer and a parent of four, Waldman was careful. She described the precautions she took with the illegal substance once it arrived in the mail. And she briefly discussed her experience with the drug, which she says alleviated the symptoms of her disorder. But in light of the setting, she brought her talk to a close with discussion of the legal ramifications of current drug policy.

Before the November election, Waldman said, the country was “beginning to have an understanding that the war on drugs was causing more problems than it was alleviating.” Now, she said, the national focus has changed. The new administration may not be as concerned with rethinking drug laws — or incarceration. But citizens also have a voice, as Waldman made clear.

“We have a purpose,” she said, calling on her audience to get involved. “It is the lawyers who will save us.”