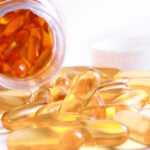 Researchers’ enzyme advance could help to unlock mysteries of health

For researchers studying possible connections between health and the trillions of microbes that inhabit our digestive tract, what makes the work so exciting is also what makes it challenging.

Despite years of effort, including sequencing the gut microbes of thousands of volunteers, the functions of the vast majority of the proteins found in this microbial community — as many as 85 percent — remain a mystery. Many of these proteins are likely enzymes, the biological catalysts that allow living organisms to perform chemical reactions. Uncharacterized enzymes in the gut microbiome could be carrying out chemical processes that are critical for our health, but further insights have eluded researchers.

Help may be on the way.

A tool developed by Emily Balskus, the Morris Kahn Associate Professor of Chemistry and Chemical Biology, in collaboration with Curtis Huttenhower, an associate professor of computational biology and bioinformatics at the Harvard T.H. Chan School of Public Health, has the potential to help researchers more accurately identify enzymes present in microbiomes and to quantify their relative abundance. The study is described in a Feb. 10 paper published in Science.

“This is an interesting thing to be able to do, because with our method … in addition to identifying known microbial enzymes, we can get information about the distribution and abundance of enzymes with unknown activities,” Balskus said. “A major challenge associated with microbiomes has been how to interrogate the uncharacterized genetic potential of these communities — how do you go from genes in the human microbiome to new microbial metabolic activities … and we believe this could be a tool to do that.”

The tool has already proven useful. In a first, Balskus and Huttenhower were able to determine just how common an uncharacterized glycyl radical enzyme was in the healthy human gut microbiome. They were also able to elucidate what this new enzyme does.

The Balskus Lab studies glycyl radical enzymes because they are one of the most abundant protein families in the human gut microbiome.

“This uncharacterized enzyme was the second-most-abundant glycyl radical enzyme in every person sequenced as part of the Human Microbiome Project, and its universal distribution strongly suggested it was doing something important,” Balskus said. “It turns out to have a fascinating function. It’s allowing microbes to metabolize an amino acid called 4-hydroxyproline, which is a major component of collagen, the most abundant protein in the human body. We’ve discovered how microbes use this amino acid to grow in the anaerobic environment of the human gut.”

With that information in mind, researchers can investigate a series of additional questions, Balskus said.

“Now that we have an appreciation that this activity is highly abundant in this microbial habitat, we can begin to explore a number of new ideas for why it might be present and how it might be affecting the human host and other microbes.”

The lack of this type of tool has made it incredibly difficult to uncover novel chemistry in the gut microbiome due to the similarities of many enzymes, Balskus said.

“We were interested in the challenge of distinguishing members of the same enzyme family that have different activities from one another,” she said. “Members of a human family can be closely related but have very different occupations, and this is also the case for enzyme families. A family of enzymes can be similar in terms of their amino acid sequences, but the individual members of the family have often evolved to perform very different chemical transformations.”

Balskus hopes the technique will allow researchers to characterize new enzymes as part of efforts to better understand the metabolic processes of microbial communities.

“I hope this will be an important contribution and step toward tackling this huge problem of uncharacterized proteins in microbial communities,” she said. “This is a problem not just for the human gut microbiome, but for any microbial community. And these communities are literally everywhere on earth.”

The technique might eventually shed light on how the gut microbiome affects health, she added.

“In the future we can start to think about things like comparative analyses,” she said. “In this paper we only looked at data from healthy humans, but we’d really like to compare the abundance of enzymes in microbiomes from healthy individuals and patients suffering from various diseases. This could give us a glimpse into how metabolic activities in the gut microbiome might be changing with disease. If there are certain enzymes that are particularly abundant in patients with a given disease, they could be potential therapeutic targets.”