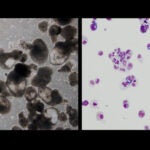 Yes, we love cocoa in winter, particularly around Valentine’s Day. But does cocoa love us?

While you may want to pass the mug, you also may also need to watch out for the saturated fat and sugar. Researchers at Harvard and Brigham and Women’s Hospital are launching a massive, four-year, 18,000-person, randomized trial to get at some of the truths behind the potential health benefits of cocoa.

Earlier observational studies and smaller clinical studies have hinted that compounds in cocoa called flavanols carry health benefits, protecting against everything from heart disease to stroke to dementia, so researchers want to learn more.

“Cocoa flavanols appear to be very promising for reducing the risk of cardiovascular disease and memory loss, cognitive decline,” said JoAnn Manson, co-principal investigator of the study, Michael and Lee Bell Professor of Women’s Health at Harvard Medical School, and chief of the Division of Preventive Medicine at Brigham and Women’s Hospital (BWH). “But the evidence to date has been inconclusive. Most of the randomized trials previously done have been smaller in size, suggesting there may be favorable effects on cardiovascular disease risk factors, including lowering blood pressure, improving blood flow and dilation of blood vessels, decreasing inflammation, and maybe improving insulin sensitivity and the ability to metabolize glucose.”

The bad news for chocoholics, however, is that though cocoa is a key ingredient, variations in processing methods make chocolate an unreliable source of flavanols, Manson said. Chocolate also typically contains enough fat, sugar, and calories that, however the trial turns out, it’s unlikely to result in prescriptions to eat more chocolate, though capsules or beverages high in cocoa flavanols are possible, Manson said.

“The results of the COSMOS trial would not lead to a clinical recommendation to eat more chocolate, though it might provide more incentive for people to enjoy chocolate as a treat,” Manson said.

The investigation, called COSMOS, for COcoa Supplement and Multivitamin Outcome Study, is also investigating the potential anti-cancer benefits of taking a daily multivitamin. The work follows up on an earlier study from the same research division at BWH that showed an 8 percent decline in cancer cases over 11 years among men over 50 taking a daily multivitamin. COSMOS will seek to replicate those earlier results and see if the benefit extends to women, according to Howard Sesso, the study’s other co-principal investigator, associate professor of medicine at Harvard Medical School, and director of nutrition research in the Division of Preventive Medicine at the Brigham.

Rather than isolating the effects of individual vitamins in megadoses, the trial’s multivitamin arm is intended to investigate the combined effect of lower doses of essential vitamins and minerals, Sesso said.

Because COSMOS is evaluating health conditions that increase with age, like heart disease, high blood pressure, dementia, and cancer, the trial is limited to men over age 60 and women over 65 who have no history of cardiovascular disease and have not been diagnosed with cancer over the last two years. Each participant takes three pills a day but doesn’t know which contain cocoa flavanols, multivitamins, combinations, or placebos. That allows researchers to test four different groups: one getting a daily multivitamin, one getting cocoa powder, one getting both, and the last getting only placebos. Many of the study volunteers agree to submit blood samples, and some undergo periodic physical and cognitive checkups.

Cocoa flavanols, Manson said, are believed to promote production of nitric oxide in the blood vessels, which dilates and relaxes arteries, lowering blood pressure and keeping blood flowing to meet the body’s needs. The flavanols may also have anti-inflammatory properties that improve glucose metabolism and lower insulin resistance. Part of the trial’s purpose, she said, is to cast light on those processes.

Though the trial is still enrolling participants and so is years away from conclusion, its large size and double-blinded design should allow it to address a range of scientific questions, Manson and Sesso said. It’s likely that the study eventually will lead to others that further explore relevant mechanisms and pathways.

One difficulty in making dietary recommendations, Sesso said, is that consumer products vary widely. Even those that claim a high cocoa or cacao content, like dark chocolate bars, may vary widely in the amount of flavanols they contain due to differences in processing and content of cocoa beans.

“This actually becomes a bit of a source of confusion for consumers as well, because when you hear about the potential health benefits of either cocoa products or cocoa flavanols or even chocolate or dark chocolate, it’s very difficult to isolate what is responsible for those potential benefits,” Sesso said. “When we consider cocoa products, we want to think back to the cocoa bean and focus upon its most bioactive components and test those in a large-scale trial such as COSMOS to provide the most definitive evidence of its health effects.”