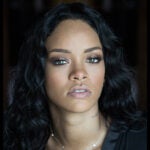 Viola Davis, the popular actress, producer, director, activist, businesswoman, and philanthropist, has been named the 2017 Artist of the Year. She will be awarded the Harvard Foundation’s arts medal at a ceremony on March 4 during the 32nd annual Cultural Rhythms Festival in Memorial Hall’s Sanders Theatre.

“The students and faculty of the Harvard Foundation are delighted to present the acclaimed television and film artist Viola Davis with the 2017 Artist of the Year award,” said S. Allen Counter, director of the Harvard Foundation. “Our student committee praised her outstanding contributions to American and international film and theater. She recently received the Critics’ Choice, Golden Globe, Screen Actors Guild, and British Academy of Films and Television Arts awards, as well as an Academy Award nomination for her portrayal of Rose Maxson in the film adaptation of August Wilson’s play ‘Fences.’”

On television, Davis currently stars on “How to Get Away with Murder,” for which she received the 2014 and 2015 Screen Actors Guild Award for outstanding performance by a female actor in a drama series. In 2015, she also won an Emmy in the same category, becoming the first African-American to do so.

Born in St. Matthews, S.C., Davis grew up in Central Falls, R.I., and has remained active in the community there, raising money for the town’s library and Central Falls High School. She and her husband, Julius Tennon, founded a multiethnic film, television, and theater production company, JuVee Productions, in 2012. A graduate of The Juilliard School, Davis received an honorary doctorate during its 109th Commencement ceremony. She also holds an honorary doctorate of fine arts degree from her alma mater, Rhode Island College.

The Artist of the Year award will be presented during the 32nd annual Harvard Cultural Rhythms Festival. The program begins at 4 p.m. on March 4 at Sanders Theatre. For ticket information visit the Harvard Foundation website.