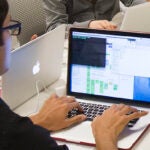 When most people hear the word psychopath, they immediately think of a Hannibal Lecter–style serial killer who is cold, calculating, emotionless, willing to do or say anything to get their desire.

And they’re not alone. For decades, researchers studying psychopathy have characterized the disorder as a profound inability to process emotions such as empathy, remorse, or regret.

A recent study, though, suggests that psychopaths are not incapable of feeling emotions like regret and disappointment. What they cannot do, it seems, is make accurate predictions about the outcomes of their choices.

The study, co-authored by Joshua Buckholtz, associate professor of psychology at Harvard, and Arielle Baskin-Sommers, assistant professor of psychology and of psychiatry at Yale University, offers a new model of the disorder that could shed important light on the decision-making process of psychopaths. The study was published in the Proceedings of the National Academy of Sciences.

“The assumption has always been that they make these bad choices because they can’t generate negative emotions like fear, or appropriately respond to emotional signals generated by other people … but we turned that idea on its head.”

Using an economic game, Buckholtz and Baskin-Sommers were able to show that while psychopaths have normal, or even enhanced, emotional responses in situations that typically elicit regret, they have trouble extracting information from the environment that would indicate that an action they’re about to take will result in the experience of regret.

“There are two components to regret,” Buckholtz explained. “There is retrospective regret, which is how we usually think about regret — the emotional experience after you learn you could have received a better outcome if you had made a different choice. But we also use signals from our environment to make predictions about which actions will or won’t result in regret. What differentiated psychopaths from other people was their inability to use those prospective regret signals, to use information about the choices they were given to anticipate how much regret they were going to experience, and adjust their decision-making accordingly.

“It’s almost like a blindness to future regret,” he added. “When something happens, they feel regret, but what they can’t do is look forward and use information that would tell them they’re going to feel regret to guide their decision-making.” 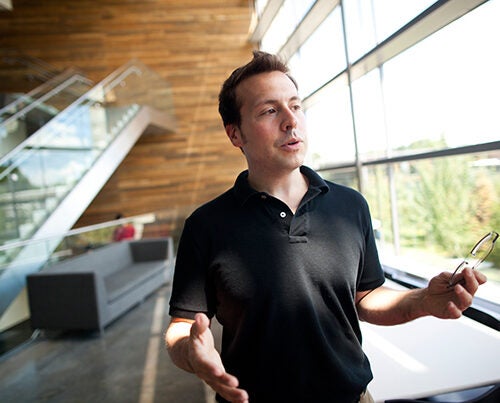 “These findings highlight that psychopathic individuals are not simply incapable of regret [or other emotions], but that there is a more nuanced dysfunction that gets in the way of their adaptive functioning,” Baskin-Sommers said. “By appreciating this complexity, we are poised to develop more accurate methods for predicting the costly behavior of psychopathic individuals.”

Using a measure of prospective regret sensitivity, Buckholtz and Baskin-Sommers were also able to predict whether and even how many times study participants had been incarcerated.

“Contrary to what you would expect based on these basic emotional-deficit models, their emotional responses to regret didn’t predict incarceration,” Buckholtz said. “We know psychopathy is one of the biggest predictors of criminal behavior, but what we found was that behavioral regret sensitivity moderated that, raising the suggestion that intact behavioral regret sensitivity could be a protective factor against incarceration in psychopathic individuals.”

While the study upends the pop-culture image of psychopaths, Buckholtz is hopeful that it will also provide a new direction for scientists who hope to understand how psychopaths make decisions.

“We actually know very little about how psychopaths make choices,” he said. “There have been all sorts of research into their emotions and emotional experience, but we know next to nothing about how they integrate information that we extract from the world as a matter of course and use it to make decisions in daily lives. Getting better insight into why psychopaths make such terrible choices, I think, is going to be very important for the next generation of psychopathy research.”