The false choice of basic vs. applied research 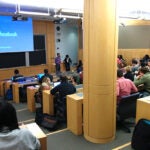 A platform for rapid innovation

A new call to abolish the concept of “applied research” comes from a surprising source: the founding dean of Harvard’s John A. Paulson School of Engineering and Applied Sciences (SEAS).

Before engineers get up in arms, though, they should know he wants to eliminate “basic research” as well.

Venkatesh Narayanamurti, the Benjamin Peirce Research Professor of Technology and Public Policy and a board member for the Belfer Center for Science and International Affairs, stepped down as dean of SEAS in 2008, but he never stopped thinking about how to smooth the path that leads to discovery. And he has a harsh view of the traditional divide between basic and applied science, describing it as not only artificial, but costly and harmful to scientific advancement.

The stakes are so high today — with global problems such as climate change demanding technological solutions — that we can’t afford a system that slows progress, Narayanamurti said. Instead, he proposes thinking of, organizing, and funding science as a cycle that moves from discovery to invention and back again, a model that breaks down disciplinary walls and encourages collaboration and that, he argues, has been successful in some of the nation’s top scientific institutions.

Narayanamurti and co-author Tolu Odumosu, a former postdoctoral fellow in the Belfer Center’s Science, Technology, and Public Policy Program who is now an assistant professor at the University of Virginia’s engineering school, present their argument in a recent book, “Cycles of Invention and Discovery.” In it, they say that the traditional model segregating basic or “pure” research from applied research is flawed because it assumes a linear relationship between the two that doesn’t always exist.

Under the traditional model, scientific discovery arising from basic research comes first, then the engineers and applied scientists go to work, eventually devising inventions that apply that new knowledge in useful ways.

The problem, Narayanamurti said, is that discovery goes both ways. Inventions draw on scientific knowledge and scientists gain insight from new devices and applications.

“It’s highly nonlinear, because they must feed on each other,” he said.

Narayanamurti said history is on his side. Some of the world’s most important inventions were made not by basic scientists and applied scientists working sequentially in isolation, but by scientists who teamed up, sharing ideas and insights and even sometimes switching roles.

This results-oriented, collaborative approach is needed today in many fields, but especially in energy and life science research, where the need for innovation is high and the basic/applied division remains strong, influencing not only funding but how work is organized, Narayanamurti said.

In their book, Narayanamurti and Odumosu call the status quo “unsustainable and unacceptable,” and say that when it comes to the terms “basic” and “applied,” “our intention is to hasten their demise.”

The book traces the traditional model to the years after World War II when the government was seeking to organize the nation’s scientific efforts. The dichotomy was seen as a way to protect basic research from the practical attractions of applied work.

However, it’s no coincidence, Narayanamurti and Odumosu wrote, that some of the most productive research organizations in history have bucked this trend, adopting a mission focus and throwing together people with diverse expertise to accomplish it.

Bell Labs, where Narayanamurti worked from 1968 to 1987, was home to many important discoveries, such as the development of the transistor in 1947, which laid the foundation for modern electronics. He credits Bell Labs’ legendary accomplishments, which earned eight Nobel Prizes, to a mission-oriented organizational structure, blurred lines between disciplines, talented personnel, ample resources, and leadership that was not only able to manage people, but also technically knowledgeable enough to understand their work and guide their projects, he said.

Narayanamurti and Odumosu also cite two current examples: the engineering school at the University of California, Santa Barbara, where Narayanamurti was dean before coming to Harvard and which has risen to prominence in just a few decades, and Howard Hughes Medical Institute’s Janelia Research Campus, the location of recent Nobel Prize-winning research.

Harvard has examples as well, Narayanamurti said, including the Rowland Institute, the Wyss Institute for Biologically Inspired Engineering, and the Broad Institute of Harvard and MIT, each of which was designed to foster creativity and innovation.

Narayanamurti and Odumosu called for change at the national level, particularly in the attitudes of Congress, whose funding decisions often segregate and pigeonhole research into one camp or the other, making it difficult for cross- and interdisciplinary work to compete for funding.

“The solutions to the pressing problems facing the nation are too reliant on science and engineering for us not to ensure that they proceed interactively,” Narayanamurti and Odumosu wrote.