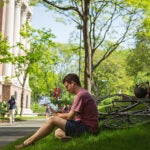 William P. Sisler, director of Harvard University Press, has announced that he will retire at the end of this academic year. As the press’s director for nearly 27 years, Sisler provided vision and leadership during a period of significant transition in the publishing world.

“We are grateful that Bill has served Harvard with distinction for so many years,” said Harvard Provost Alan Garber. “The caliber of authors and the number of awards that the press has garnered during his tenure speak to his dedication and editorial command.”

In addition, Sisler oversaw the publication of “Capital in the Twenty-First Century” by Thomas Piketty, a groundbreaking historical analysis of the dynamics driving the distribution of wealth in Europe and the United States. “Capital in the Twenty-First Century” reached No. 1 on the New York Times best-seller list and has sold more copies than any book in the press’s history.

Sisler guided the expansion of the press’s footprint in the United Kingdom and Europe, establishing an independent U.K. office and growing sales and content acquisition for a global audience.

“Under Bill’s directorship, the press has become the model of a modern university press — modern in its management and finances while remaining true to its mission of identifying, editing, and publishing scholarship of the first rank,” said William Kirby, chair of the board at the press. “I have seen firsthand the difference Bill’s leadership has made. I and my colleagues on the board are deeply grateful to him for his contributions to the University and to the broader world of learning.”

“It’s been an honor and a pleasure to have worked at Harvard University Press for so long with so many distinguished publishing colleagues, authors, Board of Syndics members, and faculty at Harvard and around the globe, and to extend the presence and influence of Harvard University Press in the international environment,” said Sisler. “I am grateful to have been able to work so closely with so many talented, exceptional people.”