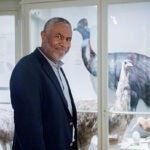 Explaining that challenging investment times demand “we adapt to succeed,” the new head of the Harvard Management Company (HMC) announced sweeping internal changes today, including a major shift in investment strategy, workforce reductions, and a compensation system tied to the overall performance of the University’s endowment.

“Major change is never easy and will require an extended period of time to bear fruit,” Narvekar said in a letter announcing the moves. “Transitioning away from practices that have been ingrained in HMC’s culture for decades will no doubt be challenging at times. But we must evolve to be successful, and we must withstand the associated growing pains to achieve our goals.”

Founded in 1974, HMC has overseen the dramatic growth in the University’s endowment that has made it, at $35.7 billion, the largest in higher education. Made up of more than 13,000 funds, many of them restricted to particular purposes, the endowment is intended to provide financial stability year to year for the University. In the last fiscal year, which ended on June 30, endowment funds provided $1.7 billion, more than a third of the University’s $4.8 billion budget. Such endowment income supports Harvard’s academic programs, science and medical research, and student financial aid programs, which allow the University to admit qualified students regardless of their ability to pay.

During the 1990s and early 2000s, returns on Harvard’s endowment regularly outstripped those of other institutions, making HMC a model for endowment management. Since the market crash of 2008, however, endowment performance has been up and down. Last year, endowment returns fell 2 percent, dropping the value below the $36.9 billion high-water mark reached in the 2008 fiscal year.

Narvekar has decided to shift from the policy of using both in-house and external fund managers that had made HMC’s approach to investing unique. In recent years, he said in his letter, competition has intensified for both talent and ideas, making it tougher to both find and retain top managers and exploit “rapidly changing opportunities.” 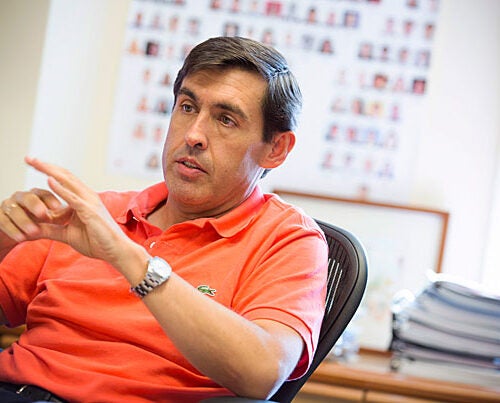 In what he called “important but very difficult decisions,” Narvekar announced that the in-house hedge fund teams would be leaving HMC by July, and the internal direct real estate investment team would leave by the end of the calendar year. The natural resources portfolio, meanwhile, will remain internally managed. Altogether, he said, the changes will trim HMC’s 230-person staff roughly in half.

“It is exceptionally difficult to see such a large number of our colleagues leave the firm, and we will be very supportive of these individuals in their transition,” Narvekar said. “We are grateful for their committed service to Harvard and wish them the very best in their future endeavors.”

The changes are in step with an overall strategy shift that will move away from what Narvekar called a silo investing approach, wherein managers focus on specific types of investments — whether stocks, bonds, real estate, or natural resources — to one in which everyone’s primary goal is overall health and growth for the endowment.

The problem with the silo approach, Narvekar said, is that it can create both gaps and duplication in the overall portfolio.

“This model has also created an overemphasis on individual asset class benchmarks that I believe does not lead to the best investment thinking for a major endowment,” Narvekar added.

Narvekar sees his incoming “generalist model,” which is employed at some other universities, as fostering a “partnership culture” in which the entire team debates investing opportunities within and across asset classes.

Narvekar, who previously oversaw the endowment at Columbia University, said he would encourage managers to be open-minded and creative as they move forward, adding that the generalist model is flexible enough that, under the proper circumstances, it could again allow for hiring in-house managers down the road.

“While I don’t expect a large portion of the portfolio to be managed internally as a practical matter … nothing is out of bounds in the future,” he said.

Narvekar expects a five-year transition period for the changes to be fully implemented, and although he warned that investment performance will likely be “challenged” this year, by the end of the calendar year organizational changes should have taken hold and HMC will look and act differently.

In effect, HMC’s compensation structure will move away from a system where managers are compensated based on how their siloed investments perform relative to benchmarks. The new system, to be implemented by July, will be based on the endowment’s overall performance.

In a press release, Narvekar said he has known the four executives brought aboard to implement the changes for much of his career. Three of them — Dholabhai, Goldstein, and Savaria — have earlier experience at the Columbia Investment Management Co. where Narvekar was CEO. The fourth, Slocum, who starts as chief investment officer in March, comes to Harvard from the Johnson Company, a New York City-based investment firm. He has worked at the Robert Wood Johnson Foundation and the University of Pennsylvania.

“I am pleased to welcome four senior investors to HMC who bring substantial investment expertise and deep insight into building and working in a generalist investment model and partnership culture,” Narvekar said. “I have known these individuals both personally and professionally for the majority of my career, and I value their insights and perspectives.”