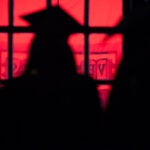 Students with twin interests in art and science win Marshall Scholarships to study in U.K.

Art and science don’t always intersect, but for Harvard students Maille Radford ’17 and Reylon Yount ’16, both of whom have been named Marshall Scholars, the areas where they do are among the most interesting to explore.

The two were among the students selected to receive prestigious Marshall Scholarships, which support up to two years of study in the United Kingdom.

While there, both plan to study subjects — including art conservation, film production, and the ways in which arts can support social movements and community development — aimed at helping to bridge the divide between the arts and sciences.

The Gazette sat down with Radford and Yount to discuss how they plan to spend the next two years:

“I’m very excited,” she said. “It’s so nice to know that I will be able to pursue what I’m passionate about for the next two years. It’s a wonderful opportunity.”

An intern in Harvard’s Straus Center for Conservation and Technical Studies, where she conducts research as part of her thesis, Radford said she has been passionate about art history and conservation for years, even interning at the Kimbell Art Museum in Fort Worth, Texas, and other museums in the Dallas area to experience museum work.

At Harvard, she created the first joint concentration in chemistry and the history of art and architecture with an eye toward understanding the science that goes into conservation work. Her current focus is on curatorial studies, and on the practice of interpreting and exhibiting artwork, as well as addressing the questions raised from conservation and the chemical analysis and restoration of art through the perspective of art history.

“It’s been wonderful to understand how chemistry impacts and informs art, and being able to work at the intersection of both fields is fascinating,” she said. “I’ve always been interested in art conservation … but by working on the analytical side, I’ve become very interested in the questions that are raised in terms of the impact on art history and how we can disseminate that to the public.”

As an example of how chemistry might be applied to art conservation, Radford pointed to her work at the Harvard Art Museums, where she is assisting conservation scientists in a project to learn what types of plastics are used in artworks created from the 1920s to the present.

“It has been a challenge, but I greatly appreciate the support not only of the two departments but the Straus Center as well,” she said, “and could not have accomplished this without their guidance and encouragement.”

Reylon Yount: The role of the arts in action

An accomplished musician who plays the yangqin, or Chinese dulcimer, Yount, a Lowell House resident and concentrator in Environmental Science and Public Policy, has seen first-hand how the arts can spark cultural exchange. As a Marshall Scholar, he hopes to explore ways in which the arts can play a role in social change toward sustainable development.

“Broadly, I’m interested in shaping our perceptions of social and environmental issues and inspiring action,” he said. “There are many artists who strive to make their work relevant to social movements, and I think that’s really powerful.”

To explore the ways in which arts can do that, Yount plans to complete two one-year graduate programs, the first in Music in Development at SOAS, University of London, and the second in film producing at the Met Film School.

“My goal is to eventually become an arts manager or producer of some kind,” he said. “So I want to develop my understanding of socially-engaged art as well as my skills in managing productions and artists.”

Those sorts of roles will be important in the future, he believes, as the arts provide new understanding of culture and society and how it might change.

“In addition to scientists and economists and policy-makers, I think we need artists who can create the cultural conditions necessary to build sustainable communities,” he said. “Art is a great way to get people to think outside the systems they’re used to – that’s why I think it can play an important role in guiding our approaches to development.

“The arts give us a way to think about what our values are, where we find meaning and how we want to seek fulfillment,” he added. “And I think that conversation needs to be held in tandem with research and policymaking.”