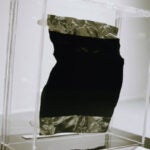 Priya Menon ’16 is getting an education on giving.

The 21-year-old earned one of Dumbarton Oaks’ new humanities fellowships, which partner young scholars with nonprofit cultural institutions in the Washington, D.C. area to explore the interworking of art, cultural life, and diplomacy.

“It’s a fascinating environment because of the urgency of the work,” said Menon, who spends most of her time at the Folger Shakespeare Library. “It’s not that the resources are scarce, but I am thinking about how to do things in the most effective way possible.”

An offshoot from a 2015 Wintersession course called “Culture and Power: Art, Philanthropy, and Diplomacy in the Twentieth Century,” the fellowship works this way: Young Harvard College graduates spend a large part of the fall and winter at a partner cultural organization, then work on research projects at Dumbarton Oaks in the spring.

“We’ve had a number of highly talented people who have been very committed to the humanities, but didn’t want to pursue another degree directly after college,” said Jan Ziolkowski, Arthur Kingsley Porter Professor of Medieval Latin and director of the Dumbarton Oaks Research Library and Collection. “We saw a niche for enabling such individuals to broaden themselves by working rather than immediately proceeding to more formal studies, while adding new strings to their bows. Frankly, anything you can do right now that is creative to help the humanities has a built-in multiplier effect.”

Dumbarton’s first three fellows are getting a wealth of behind-the-scenes experience, working on projects for the museums and libraries to which they have been assigned. Rebecca Rosen, who graduated Harvard in 2015 with a degree in neurobiology and planned a career in science research, is spending the first half of her fellowship at the George Washington University Museum and the Textile Museum, where she is marrying her love of science and culture.

“In the curatorial department, I’ve been working on an upcoming exhibition, editing object lists, editing floor plans, and helping out however else I can. I’ve also had the chance to work with textiles. On my first day, I went to the Avenir Foundation Conservation and Collections Resource Center for training on a new microscope camera. I have a pretty extensive background in microscopy, which has already proven useful in my work at the museum,” said the 23-year-old. “I applied for this because of my interests in the museum world, specifically in conservation. Now I’m seeing all the work that goes into bringing these pieces to viewers and connecting audiences with art, and I find I’m interested in everything,” 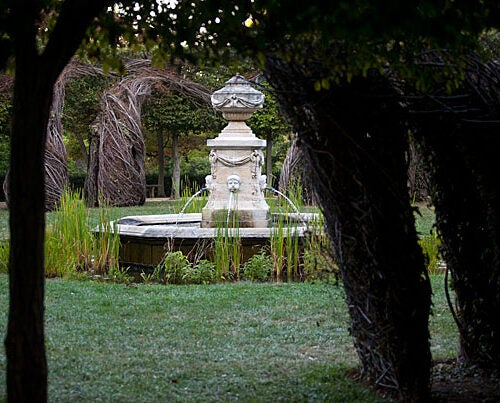 Sumru Belger Krody, senior curator at the George Washington Museum and the Textile Museum, said Rosen’s unique combination of intellectual skills has been critical in helping plan an exhibition on late Byzantine and early Islamic textiles (scheduled for spring 2019).

“It may sound strange coming from an art historian, but I appreciate her scientific approach to various aspects of preparing the exhibition or creating object lists to organizing information for dissemination to various stakeholders,” Krody said. “There is a science to planning and implementing exhibitions, and her strength in science there brings out the best in exhibition organization. She is in a good place to move to the next step.”

In her fellowship work at the Folger, Menon has found that her seemingly disparate passions — math and the humanities — aren’t mutually exclusive. The Michigan native, who graduated Harvard last spring, studies museum audiences who don’t have traditionally strong relationships with the institution.

“I’m looking at minority and low socioeconomic communities,” she said. “Some of the work is looking at survey data and crunching numbers; some is talking to people and reading about accessibility and really drilling down on what universal access looks like in practice.”

Ziolkowski has no preconceived model of what Dumbarton Oaks expects of its humanities fellows, but he has been delighted by the program’s results so far. He hopes to double the size of the cohort next year.

“We want them working hard, being good ambassadors for Harvard, bringing back knowledge and experience, and then — whatever they do ultimately in their careers — having a caring and knowing commitment to the humanities. I suspect if the fellowship succeeds, we will have people who will go into all sorts of different work,” he said.

Fellow John Wang, who graduated from Harvard last spring, is working at the National Gallery of Art, helping the museum research upcoming exhibitions for documentary filmmakers.

“Just because it’s free doesn’t mean people want to come. There are other barriers — time or they don’t know where to start,” said Wang, who worked as a student guide at the Harvard Art Museums during his junior and senior years. “A very particular audience comes here, and the museum is thinking about how to branch out and diversify.”

Last spring, Wang won Radcliffe Institute’s public art competition to design a garden in Radcliffe Yard, and he will spend the upcoming spring semester working with Dumbarton Oaks’ garden and landscape program on an exhibition on pre-modern urban landscapes.

Wang has been struck by the public service aspect of the work. He recalled a poignant anecdote a colleague shared about a young adult who first visited the museum as an elementary school student, then returned after more than a decade.

“He wasn’t studying art history and didn’t plan to be an artist. But because of the program, he had learned to enjoy being curious about the world and had applied to college. That was powerful,” he said.