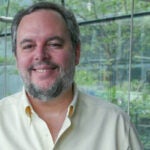 At a Meeting of the Faculty of Arts and Sciences on Dec. 6, 2016, the following Minute was placed upon the records.

After the dissident Polish poet Stanisław Barańczak accepted a visiting professorship at Harvard in 1978, he endured seven rejections from the Polish government for a passport before finally receiving permission to leave in March of 1981, shortly before the imposition of martial law. The Harvard Crimson joyously announced his coming with the headline “No, no, no, no, no, no, no, yes!” This original three-year commitment quickly led to his permanent appointment as the Alfred Jurzykowski Professor of Polish Language and Literature.

Stanisław flourished for nearly two decades in this new, American phase of his already brilliant career as poet, translator, literary critic, and teacher. He trained and inspired a new generation of Polonists, underscoring the interconnected fabric of Slavic literatures. He spurred the development of Polish letters among the diaspora as well, encouraging the founding of the Parisian quarterly Zeszyty literackie (Literary Notebooks) in 1982 and becoming its most prolific contributor. A prolonged battle with Parkinson’s disease forced him to stop teaching in 1999, but with the love and heroic support of his wife, Anna, he was able to continue working and receiving friends at his home in Newtonville until his death on Dec. 26, 2014, at the age of 68.

Born in Poznań in 1946, Stanisław by the mid-1960s had become one of the leading young poets of a protest movement that came to be known as the New Wave. By the mid-1970s their art had to be published underground to avoid official censorship. Their poetry purposely appropriated what he called contaminated language—the stifling words of Newspeak—to expose the shallowness and lies of government ideology, undercutting the authority of the regime with its own forms of expression. Newspeak for him was “the language in which the word ‘truth’ is a newspaper name and ‘freedom’ and ‘democracy’ are administered by a police chief.” He and his artistic peers strove to use such desemanticized words in new, serious contexts to reassert their fundamental meanings and reaffirm the dignity of the Polish language.

After the food riots of June 1976, Stanisław helped to organize the Workers’ Defense Committee (Komitet Obrony Robotników or KOR), the predecessor of Solidarity, and to found the underground journal Zapis, actions that resulted in his being fired from his teaching position at Adam Mickiewicz University in Poznań. He responded in typical irony, noting that it gave him more time to do what he loved most—write.

In his introduction to “The Weight of the Body,” he offers a characteristically ironic perspective on poetry itself:

Poetry has always been a desperate call for fair play, for sticking to the human/humane rules of the game. The fact that the game’s partner—nature, an oppressive regime, death, history, God himself—is not necessarily human, much less humane, does not really matter. The poet is a tenant who reluctantly admits that, yes, he should have read the fine print before signing the lease, but is also cocky enough to insist that, fine print or not, he does not deserve to be treated by his landlord like dirt. . . . Poetry is always some kind of protest. It does not really matter whether the pain is inflicted by a policeman’s truncheon or by a realization of the inevitability of death. Whatever the world treats him with, the poet reacts the same way: he tries, against all odds and all logic, to defend his human birth.

His primary works include ten volumes of poetry, monographs on Polish poets Miron Białoszewski and Zbigniew Herbert, essays on ethics, and anthologies of translations, primarily from English.

Stanisław’s fascination with language together with his own poetic genius led him happily to translation. He became a cultural intermediary between English and Polish, translating inter alia George Herbert, John Donne, Emily Dickinson, John Keats, W. H. Auden, Seamus Heaney, and Doctor Seuss. His mastery of genre was demonstrated in his crowning achievement: for modern Poles, it is Stanisław’s words that preserve the theatricality of Shakespeare on the stage. Among his most notable Polish translations into English are the Jan Kochanowski cycle of elegies, “Laments,” with Seamus Heaney, and the poetry of Wisława Szymborska with Clare Cavanagh. His colleague Joanna Niżyńska describes his translations as “masterpieces of . . . craft and invention . . . immediately recognizable . . . for their matchless rhythm and rhyming. ‘Never translate good poetry into bad poetry’ was his motto. ‘If you cannot translate Akhmatova’s meters, you’d better turn your attention to cultivating cacti.’”

When asked which aspect of his own poetry was most difficult to translate, Stanisław replied:

I write poems which contain puns or variations on puns. . . . I appreciate when a translator tries to cope with one, but I’m satisfied with perhaps 10 or 20 percent of such translations. . . . I cannot accept that certain types of poems are untranslatable. Even the most “untranslatable” poetry can be rendered into another language if the translator is imaginative enough.

In his admirable love of wordplay and punning Stanisław most certainly belongs to the philosophical tradition of Marx and Lennon . . . that’s Groucho and John, not Karl and Vladimir Ilyich!

In an all-too-short lifetime, Stanisław—playful, courageous, ironic, subtle, mischievous, inventive, razor-sharp—gave us a prodigious outpouring of brilliant poetry, translations, and essays that will endure. His tenth volume of poetry, Chirurgiczna precyzja (Surgical Precision, 1998) earned him the Nike Prize in 1999, Poland’s most prestigious literary honor. In November 2006, the rector of Jagiellonian University in Cracow came to Harvard to bestow an honorary degree on Stanisław at a ceremony in the Barker Center with faculty and deans in full academic regalia. Poland had now fully embraced her son with highest honors from her most ancient university, paying homage to his poetic mastery and simultaneously honoring the art of poetry, the medium he had dedicated his life to practicing freely as a citizen of the world.

Stanisław is survived by his wife, Anna; his son, Michael; his daughter, Anna; and his sister, Małgorzata Musierowicz.