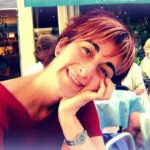 As many as two-thirds of women in the United States over the age of 60 have some degree of hearing loss. Using data from the Nurses’ Health Study, a team led by researchers from Harvard-affiliated Brigham and Women’s Hospital (BWH) has found evidence that the duration of use of over-the-counter medications for pain relief, including ibuprofen or acetaminophen, is associated with higher risk of hearing loss. The new study, published today in the American Journal of Epidemiology, adds to a growing body of evidence linking the use of non-steroidal anti-inflammatory drugs (NSAIDS) or acetaminophen with loss of hearing, although the exact mechanism at play remains unknown.

“Hearing loss is extremely common in the United States and can have a profound impact on quality of life,” said senior author Gary Curhan, a physician in the Channing Division of Network Medicine at Brigham and Women’s Hospital. “Finding modifiable risk factors could help us identify ways to lower risk before hearing loss begins and slow progression in those with hearing loss.”

The research team examined data from more than 54,000 women between the ages of 48 and 73 enrolled in the Nurses’ Health Study. They analyzed information on their use of aspirin, ibuprofen, and acetaminophen, as well as self-reported hearing loss.

Longer duration of ibuprofen or acetaminophen use was associated with higher risk of hearing loss. The team did not find a significant association between hearing loss and duration of usual-dose aspirin use. (Hearing loss is an established side effect of high dosages of aspirin, but such doses have become uncommon over the last two decades.)

“Although the magnitude of higher risk of hearing loss with analgesic use was modest, given how commonly these medications are used, even a small increase in risk could have important health implications. Assuming causality, this would mean that approximately 16.2 percent of hearing loss occurring in these women could be due to ibuprofen or acetaminophen use,” said Curhan.

The study’s authors note that the National Institutes of Health data are limited to mostly older, white women and that further investigation in larger groups and among other populations will be important to understand the connection between hearing loss and pain reliever use. The team has previously published findings that indicate that higher frequency use of NSAIDs and acetaminophen are associated with higher risk of hearing loss in men and younger women.

This work was supported by grants from the National Institutes of Health.