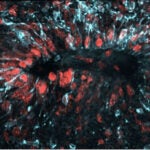 How Zika infects the growing brain

The need to fix the broken food system

At the same time the government urges Americans to eat healthy foods, it heavily subsidizes farmers who produce corn and other crops used in junk foods, and invests little in those who grow fruits and vegetables.

The result? A pound of fresh broccoli costs about $2 in any supermarket, while a calorie- and fat-filled cheeseburger is half that price in many fast-food restaurants.

This system that makes healthy food expensive and junk food cheap should be fixed, said a panel of experts who gathered at Harvard Law School on Nov. 30. The panel discussion — “Transforming Our Food System” — was sponsored by the Harvard Law School Food Law and Policy Clinic in partnership with the Union of Concerned Scientists.

The experts said a sound food policy in the United States is central to Americans’ general well-being because food affects not just health, but also the economy and the environment. Industrial agriculture, which produces most of the food in the United States, damages the soil and the air, and is driving the rise of obesity, diabetes, hypertension, and other diet-related diseases across the nation.

The situation is dire, the panelists said, because from production to consumption, the food system in the United States is broken. “Nutrition issues become public health and economic issues,” said Mark Bittman, Union of Concerned Scientists Fellow and former food columnist for The New York Times. “Every dollar we spend on improving food pays back numerous savings in healthcare.”

Bittman was joined by Ricardo Salvador, the food and environment program director for the Union of Concerned Scientists; Emily Broad Leib, assistant clinical professor of law and director of the Food Law and Policy clinic; and Kat Taylor, co-founder and co-CEO of Beneficial State Bank, director of TomKat Ranch Educational Foundation, and a member of the Harvard Board of Overseers.

The food movement has made great strides over the past decade, generating greater demand for healthy foods in school lunches and organic produce in supermarkets, and the spread of local farmers’ markets across the nation. Experts point to the decline in sales of sugary breakfast cereals and soda and consumption of red meat as crucial signs of progress, and although they said that progress cannot be undone, there is still much work to do.

A pound of fresh broccoli costs about $2 in any supermarket, while a calorie- and fat-filled cheeseburger is half that price in many fast-food restaurants.

Under the incoming Donald Trump administration, the need for a food policy that helps those with less access to healthy food is more pressing, the experts said. Leib expressed concern about a House bill that proposes cutting food stamp benefits by $40 billion. “This could be small compared to what we might see coming,” she said. “This program is a safety net for many people that otherwise wouldn’t be able to put food on the table.”

Another area of concern is the wages and working conditions of laborers in the food system, which is known for its low pay. A smart and just food policy should include farm workers, many of whom are undocumented immigrants, the experts said.

“Those who are here without the protection of legal status, those who lack the economic power to live sustainable lives, have received disproportionately the punishing effects of a mismanaged and unjust food system,” said Taylor.

Bittman agreed. “Immigrant workers’ ability to live in peace has to be discussed in the context of wages, but also citizenship, the absence of fear, labor and wages and working conditions, and health issues,” he said. “You can’t fix agriculture without fixing immigration and labor.”

It’s the right thing to do, said Salvador, because food issues are social justice issues.

“When we talk about transforming the food system, we need to remember that at the core it is what enables everything else that occurs in the planet,” said Salvador. “Climate change, defense priorities, wars — all of that is connected to the struggle to secure supply lines of oil, water, fertilizer, and food. The food system is core at everything that is at stake.”