Delving into ‘belonging’ at Harvard 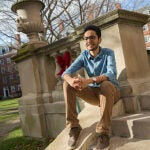 Presidential task force on inclusion expands its work across University

Harvard’s intellectual breadth means that the University has a wide array of academic cultures that handle and experience diversity differently. Understanding those cultures and how they have made diverse members of the community feel at home — or haven’t — is part of the mission in the early going for the Task Force on Inclusion and Belonging.

The task force, created by Harvard President Drew Faust in September, has been organizing and taking initial steps in its discovery phase that will run through the spring. The group was convened to explore how to transform Harvard from a place that embraces diversity in its tenets to one where each member of the community feels that he or she truly belongs.

The task force is co-chaired by Danielle Allen, professor of government and of education and director of the Edmond J. Safra Center for Ethics, who on Jan. 1 will be the James Bryant Conant University Professor. It is also co-chaired by Archon Fung, Harvard Kennedy School academic dean and Ford Foundation Professor of Democracy and Citizenship, and by Meredith Weenick, vice president of campus services.

Allen said the task force has completed its initial organizational activities and has appointed several subcommittees that will examine, among other areas: the demographic realities at Harvard and how to improve diversity; the experience of life on campus, Harvard’s common culture, and how it might change to promote full belonging for all community members; academic and intellectual resources already devoted to the issue that could offer insight; and existing diversity programs, offices, and initiatives for practical guidance on what works and what doesn’t.

“It’s an extraordinary experience,” Allen said of serving on the task force. “It’s an incredible experience to get a bird’s-eye view of the University’s spread of human and intellectual riches.”

Stephanie Khurana, faculty dean of Cabot House and chair of the task force’s outreach subcommittee, said there have already been roughly 15 listening sessions across the University, with more planned for the Schools during February and March. By the time the process has completed, she expects there will have been dozens of such sessions. In addition, input will also be accepted via the task force’s website. 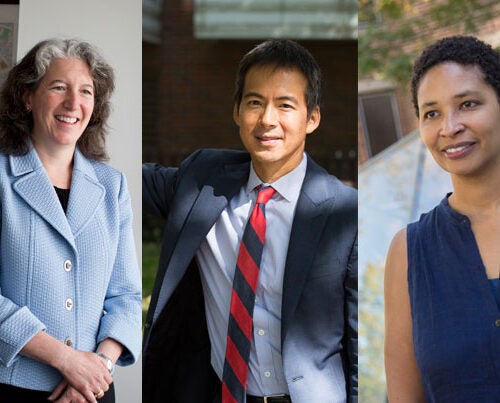 Khurana said it’s important that everyone feels part of this effort and that participation not be limited to those who feel aggrieved or who already feel a sense of belonging to a community at Harvard.

“I think the most important thing is this is an effort we want everybody to feel they can contribute to, whether they feel a strong sense of belonging or weak belonging,” Khurana said. “This isn’t just a problem of a few that we’re trying to target … The main thing is for people to see it not just as solving problems, but as building opportunities.”

In addition to the outreach meetings, Allen said task force members are examining existing data across campus, developing a research agenda, and considering the design of a campus-wide survey. The discovery phase will conclude on April 5 with a University-wide day of dialogue and a large gathering on the topic.

After the discovery phase, work on potential solutions will begin, with ideas proposed and evaluated before a final vetting period when recommendations will be formalized, Allen said. There is no timetable for the task force to complete its work, but Allen estimated it would take about 18 months.

Frances Frei, the UPS Foundation Professor of Service Management at Harvard Business School, chairs the fabric of the institution subcommittee. That subcommittee, Frei said, will examine the physical artifacts, buildings, and artworks that adorn and signify the University. Subcommittee members will review Harvard as an institution rich in tradition, albeit one that for centuries served a specific portion of the population: largely privileged, white, and male. Without doing away with traditions and symbols that help to make Harvard unique, the subcommittee will look for ways to ensure that today’s University reflects and honors modern diversity so that all members of the community feel part of it.

“We have a very deep, rich, and awesome history for 400 years,” Frei said. “But if Harvard is going to include people from diverse backgrounds, and they’re each to feel they belong, the physical infrastructure has to reflect their presence on campus.”

Frei said that she and other members of the subcommittee are planning a walking tour of campus, led by students, because they understand the place in a different way than faculty and staff. The tour will go beyond the academic infrastructure to include student clubs and organizations because they are part of Harvard’s fabric, Frei said. From an infrastructure standpoint, Frei pointed out that some of these older organizations own buildings near campus, something difficult for younger groups to replicate because of the scarcity and expense of nearby land.

Jonathan Walton, the Plummer Professor of Christian Morals and Pusey Minister in The Memorial Church, co-chairs the academic resources subcommittee, which is examining how academic resources deployed in teaching and research affect diversity and inclusion.

“How do diversity, inclusion, and belonging fit into the teaching and research agenda and the curriculum at the graduate schools and the College?” Walton asked.

The subcommittee’s charge, he said, goes well beyond simply examining curricula. It includes thinking about teaching styles and forms of communication, how laboratory space is allocated, evaluation mechanisms for graduate students in different fields, and the decision-making points that could encourage diversity and foster belonging for all or create a “homogenous pipeline from undergraduate to full professor.”

The task is so large, Walton said, that it’s important that the subcommittee not attempt “to boil the ocean” but instead seek points of leverage, such as the design of core and required courses and the work of centers that provide resources for faculty members as they create courses.

“One thing we’re thinking about is how to leverage the work that the learning centers are already doing,” Walton said. “How curricula are designed says something about what a School values and cherishes, and those values speak about faculty recruitment and retention: What role do diversity, inclusion, and belonging play?”

The task force’s work is intended to address the inclusion and belonging of faculty, staff, and students alike. As such, 12 graduate and undergraduate students are on the task force, including Shaiba Rather, outgoing president of the Harvard College’s Undergraduate Council.

The core questions, Rather said, are what makes an effective citizen of Harvard, and how does that cut across religious, ethnic, racial, and economic boundaries? Work is already being done at the Schools, and, though scaling it up can be a challenge, it’s important that the whole University engage in the discussion, not least because of the concurrent similar national dialogue, she said.

“I think it comes at a very timely moment now, because [of] the conversation happening in the national discourse,” Rather said. “It’s clear that this isn’t something that’s exclusive to Harvard University and that a lot more systems and powerful institutions across the country should also be engaging in this conversation. Hopefully, Harvard can set the tone for that.”